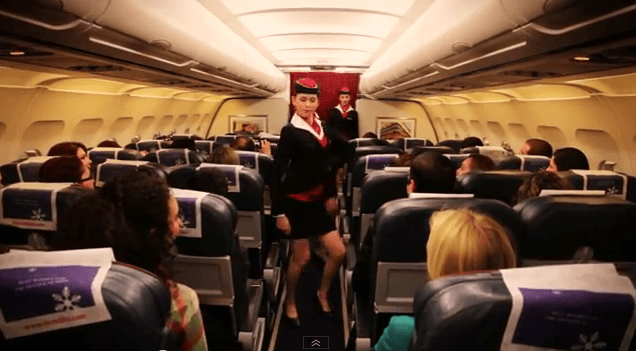 By Sorin Rusi Last updated NEXT Feb , NEVER
0 470
Share
Delayed plane? Flight canceled? >>Claim compensation now<< for delayed or canceled flight. You can be entitled to up to € 600.

Someone who hasn't heard of "G"? Park Jae-sang (PSY) produced the video of the year 2012. In a few months, it managed to garner over 1 billion views, being the most watched video on YouTube. He entered the Book of Records and most of the likes.

The "Gangnam Style" dance has spread around the planet and has even been practiced by airline employees.

For example, Air Malta flight attendants danced "Gangnam Style" on board an aircraft in order to persuade passengers to turn off their mobile phones during flights.

As you well know, any electronic equipment, cell phones, transmissions, remote controlled toys, etc. must be closed during the flight.

Air Malta has won the sympathy of the passengers with this unique and educational campaign :)!