By Sorin Rusi On NOT ANYONE. , NEVER
0 438
Share FacebookTwitterPinterestLinkedinWhatsApp

The 2013 Sustainability Report, published earlier this month, once again underlines the strong commitment of the Lufthansa Group to various aspects of social responsibility. Commenting on the publication of the report, Mr. Christoph Franz, Chairman of the Executive Board of the Lufthansa Group, said:

“Responsible management of people and the environment is part of the company's philosophy and is a factor with a significant contribution to the success of the Lufthansa Group. Therefore, investments in the continuous improvement of the efficiency of fuel consumption strengthen our economic balance, contributing, at the same time, to reducing the impact on the environment. The ecological and economic aspects are interconnected. " 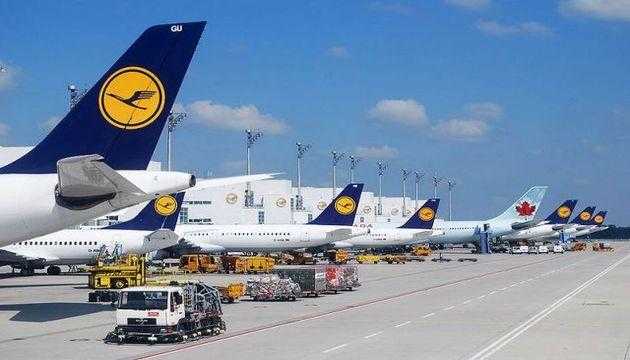 Regarding the efficiency of the consumption, the company considers, in particular, the alignment of the ecological objectives with the economic ones. In the 2012 year, the Lufthansa Group set a new record for kerosene consumption. The Group's passenger airlines last year consumed an average of 4,06 liters of fuel / passenger per kilometer, which means a decrease of approximately 3 percent compared to 2011.

Read: Lufthansa Group in Romania - figures and plans on 2013

Traffic performance increased by about 2 percent compared to 2011 (measured in tons-kilometer). The group used 144.745 tonnes or 1,6% less fuel than in the previous year, and as a result, carbon dioxide emissions decreased by 455.000 tonnes.

Investing in new, modern, quieter and more fuel-efficient aircraft is an important aspect of climate and environmental responsibility. With the new fleet renewal program, the largest such program in the history of the Lufthansa Group, the company is making significant progress in reducing emissions and noise.

Group companies have started operating numerous fuel-efficient aircraft models in recent years, such as Airbus A380 or the latest Boeing 747-8.

At the end of 2013, Lufthansa Cargo will receive the first two Boeing 777F ultra-efficient freight aircraft. Also, the acquisition of 108 new aircraft, approved by the Supervisory Board in March, represents an important step to protect the environment and reduce the noise emissions that affect those living near the airports. The aircraft, Boeing 777-300, Airbus 320ceo and A320 / A321neo, incorporate state-of-the-art technology. The list of orders so far includes 236 of aircraft totaling 22 billion euros at list price, which will be included in the Group's fleet until the end of the year 2025.

In addition to investments in modern and low-emission CO2 aircraft, Lufthansa is constantly working on developing innovative noise reduction measures, alongside industry partners, public authorities, universities and research institutions. These include, for example, changes to existing aircraft and the use of noise abatement procedures produced during flight operations.

Regarding the runway and towing of aircraft, as well as the operation of other means of transport at ground level at the airport, the aim is to develop operations that protect the environment and are cost effective. Thus, in the future, the aircraft will no longer move on the runway to the anchorage at the terminal or to the hangar using their own engines, but with the help of electric tractors or an electrical device integrated into the aircraft. The group has started carrying out the necessary tests in this regard.

Lufthansa launched the organizational program in the spring of 2012 "SCORE - Change for success”, Which aimed at economic sustainability. With the help of SCORE, we aim to improve the operating results up to 2,3 billion from Euro to 2015. SCORE includes over 2.500 of individual projects, of which 800 have already been completed.

Lufthansa assumes responsibility for its employees, including in times of radical change. Thus, as an expression of sustainable and responsible personnel policy, the company developed the COMPASS program to help employees and executives successfully reorient in their careers. In addition, Lufthansa has launched numerous initiatives to promote diversity within the Group. For example, this aspect is of increasing importance when filling management positions. The object is, among other things, the increase with 30% to 2020 of female managers, compared to 2010. In Germany, this share means 20,2% at the whole company level. In 2012, the share was 15,5% and 13,6% internationally. In order to facilitate the access of women to management positions, the company has launched the "Focus Track" program. It has at its core aspects such as relationship skills, personality, personal management and career planning. At the end of 2012, the Lufthansa Group added 116,957 of employees worldwide, from 147 of countries, of which 44,7% were women.

Also, the Lufthansa Group has fulfilled its social responsibilities through various actions carried out during the 2012 year. The company has supported numerous projects in the fields of social assistance, culture, education, environmental protection and sport. For example, the company supported physically challenged athletes, sponsoring the film project "GOLD - Du kannst mehr als du denkst" ("GOLD - You can do more than you can imagine"), which featured the story of three world-class athletes on the road. to the London Paralympics.

Also, the Lufthansa Group's commitment to corporate responsibility has again been recognized. For example, the company received the "Gold Eco Airline of the Year" award from Air Transport World and ranked first in the "Environmental Protection" section of the "Airline Strategy Awards", awarded by Airline Business magazine.