Haarlem - the town where beer is brewed in an old church 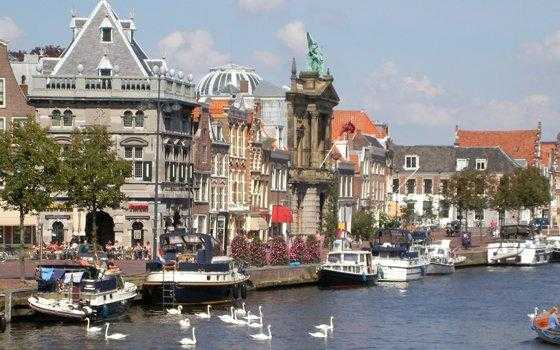 Haarlem, located just 24km from Amsterdam, is an ideal destination for a short trip from the Dutch capital. The city's architecture is typical of the western region of the Netherlands, with canals and houses dating back to the 17th century. It is also known as the "city of flowers", because from 1630 until now, Haarlem is an important center for the marketing of tulips.

The beer industry was very important for the city, being a much more important beer manufacturing center than Amsterdam or Rotterdam. In the glory period there were no less than 100 factories in the city, but the industrialization from the end of the 19th century extinguished the tradition. In the 1990 years, a group of enthusiasts recreated the original Haarlem beer based on old recipes. The Jopen factory now produces a wide variety of beer assortments, opening in 2010 a brewery in an old church.

Competition for the passengers of Henri Coanda Airport:…

In the area I also find museums:
The Teylers Museum, the oldest in the Netherlands, has works by Michelangelo or Rembrandt, the main exhibits of the museum being closely related to art, science and natural history.

The French Hals Museum, a tribute to the local painter, was housed in a 17th century building and houses a large collection of Dutch art, some of the exhibits dating from the beginning of the 15th century.

You can also visit the museum of psychiatry (Het the Dolhuys) or the museum Corrie has Boom Museum, which was actually a hiding place used by the Jews of World War II. Corrie, along with her father and sister, built a secret room to accommodate several people. The Nazis suspected the large number of family food supplies and arrested them, but failed to find the six Jews who ultimately escaped. Unfortunately, Corrie's father and sister died in prison, surviving and being able to tell the story later.

And if I keep writing about this wonderful destination, I announce to you that during the period 8-15 April 2014, KLM is running a contest on the Facebook page KLM Romania, the purpose being to promote the city of Haarlem. To win, you must answer the displayed question quickly, and the answer closest to the correct one, given in the shortest time, wins.

The prize consists of two return flights on the Bucharest-Amsterdam route, 2 nights accommodation at a luxury hotel in Haarlem and visiting the Keukenhof garden. The winner will be announced on 16 April.