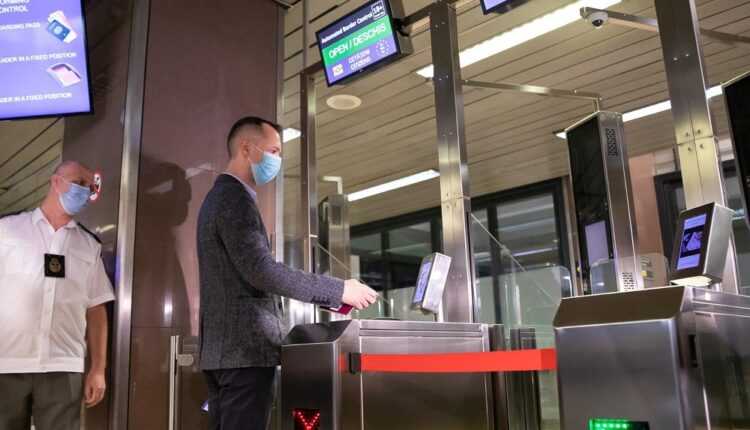 The pilot project involves the use of border control six automatic gates for checking people's travel documents, by comparing the facial image from the electronic chip of the passport / identity card with the one captured from the person physically present at the border control, in order to carry out the identification process. The gates are connected to the Border Police Information System and allow checks to be made by querying databases and accessing relevant operational information.

The implementation of the ABC (Automated Border Control) system at the Henri Coandă Otopeni Airport Border Crossing Point allows border control authorities to check passengers in a comfortable, fast and safe way.  This pilot project intends to outline a quality standard, applicable to all airports in Romania, open to international passenger traffic..

The system also provides solutions to facilitate border control procedures for citizens crossing the borders of the European Union and, at the same time, to modernize and improve border management, while responding to the risks posed by cross-border crime.

The categories of citizens to whom the ABC gates are addressed are citizens of the European Union, the European Economic Area and Switzerland who hold biometric travel document (passport or identity card) and are over 18 years old.

The pilot system consists of six gates, with the possibility of further expansion, up to 24 gates, by adding additional licenses, without changing the hardware infrastructure.

The value of the project is 2,3 million lei

The value of the project is 2,3 million lei, the financing coming from non-reimbursable European funds through the Internal Security Fund Program (75%) and includes the gates, as well as the hardware infrastructure necessary for the administration of the system. The equipment is to be used on a permanent basis.

Currently, at Henri Coandă International Airport, the control of travel documents is carried out, both manually, performed by the border guards in the device, and automatically, using the ABC gates. Thus, a large number of passengers can be processed in a certain period of time, without the need to supplement the number of border guards. By implementing this system, the waiting time to leave the country is reduced and, implicitly, a much more fluent passenger traffic is ensured.

The start of the project by installing this high-performance system at Henri Coandă International Airport is not accidental, given that here was registered the largest number of passengers from all border crossing points in Romania.