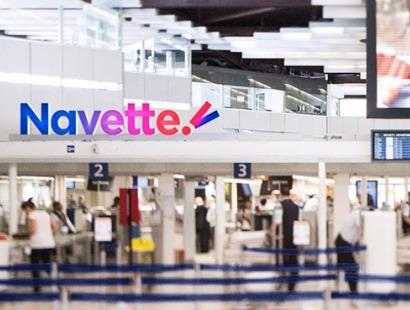 By Sorin Rusi Last updated NEVER Oct , NEVER
0 358
Share FacebookTwitterPinterestLinkedinWhatsApp
Delayed plane? Flight canceled? >>Claim compensation now<< for delayed or canceled flight. You can be entitled to up to € 600.

Opened in 1996, the NAVETTE service celebrates 20 for years and comes with a new travel concept. It has been modernized over the years, being the largest domestic air transport service in France with over 150 daily flights.

On its 20th anniversary, the Navette service will launch its 5th domestic route, on the route Paris Orly - Montpellier (9 flights a day), after Bordeaux (14 flights a day), Marseille (14 flights a day), Nice ( 18 flights a day) and Toulouse (25 flights a day). Flights will be operated at hourly or 30 minute intervals during peak times of the day. Passengers will have faster and easier access to the boarding gates thanks to the digitized system at the airport. NAVETTE flights are operated from the same terminal. Rates start from 49 EURO / segment.