Have you wondered how you can prevent or optimize your chances of survival in the event of a plane crash / accident? In the article below you will find some interesting recommendations.

The airplane it is one of the greatest inventions of man. It has proven to be the safest and fastest means of transport. Through it, people can travel thousands of miles away in a relatively short time. But have you ever wondered how you can optimize your chances of survival in the event of an accident?

In 24 hours we can reach any continent on the globe. Some have shown that they can even reach 5 continents in one day, being helped by time zone changes. It's nice to fly, to see the world from above, to admire the planet from 10 000-12 000 meters high. But we must do it responsibly.

Accidents have also occurred throughout the history of modern aviation, and in some cases passengers have died because they did not follow the signals and instructions of authorized personnel, did not know how to act in emergencies, or were not properly equipped. It is good to get on board the aircraft relaxed, to have confidence in the crew and in the "metal bird", but we must not neglect the 5 minutes of training offered by the flight attendants.

Chances of survival in the event of a plane crash

Emergency procedures differ from aircraft to aircraft, so it is essential to listen to the safety instructions given at the beginning of the flight and read the brochure with this information.

Research carried out by FAA (Federal Aviation Administration) on the safety instructions it shows that the least informed people are the ones who fly very often by plane, because they think they are the smartest ones and think that they already know the safety procedures and do not listen to the information presented. In order to attract the attention of the passengers, the airlines have also resorted to more fun ways of presenting the flight instructions. 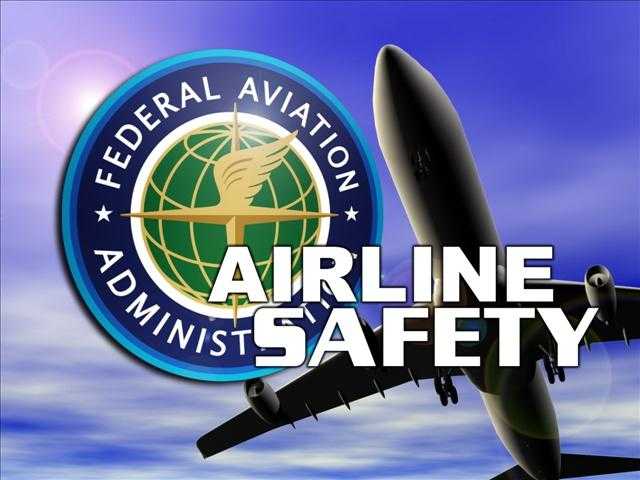 Clothing and footwear plays an important role in air travel. We need to be properly equipped for our comfort, but also to improve our chances of survival in the event of a plane crash.

Long sleeves and pants can protect us from burns in the event of a fire. Natural fibers such as cotton are preferred. They are less flammable than synthetic ones, which can quickly melt on the skin. Also, we must take into account the areas over which we will fly. Be careful, we must not inhale smoke. We can protect ourselves by covering the nose and mouth with a wet handkerchief / cloth.

Linked footwear, it is good to wear something light and lace. Ladies and gentlemen, avoid heels! On longer flights it is good to wear shoes that can be quickly lowered to the feet, but as quickly as we can get in the event of an accident. Studies show that in the case of accidents, there were passengers who flew their shoes.

In the event of an imminent accident, we have to take the special position in case of impact. It has been specially designed to maximize the chances of survival in the event of a crash. We must be careful to remain in this position until the plane stops.

On board the aircraft we find a number of accessories that can be useful for travel or in the event of accidents. I start with seatbelt. Someone close to him said, more jokingly, more seriously: “What's the point of a seat belt when you fall? Anyway, there is nothing left! ”. Now I can answer, in the most serious way, that the seat belt can save lives. We need to know how to use this accessory.

During the flight, the seat belt must be worn as tightly as possible. Each centimeter of the wider belt increases the volume of forces G to which the body can be subjected in the event of a collapse. Most importantly, the seat belt on the plane does not come loose like the one on the car. We just have to pull the stop buckle.

Another very useful accessory is life vest. If the plane crashes into the water, we take the life jacket and inflate it after we get off the plane. There were cases when passengers swelled the vest before leaving the plane and were unable to sink when the aircraft was full of water.

Oxygen mask not to be neglected. The on-board staff will tell us about it during the 5 minutes of training. In the unlikely event that al plane depressurization, use the oxygen mask.

We can improve our chances of survival in the event of a plane crash and if we choose a place as close to a safe exit. Admittedly, I'm a fan of staying in the window, but it's not always the best solution. After Discovery Channel presented the video with crashed controlled plane, the conclusion was that there is not the safest place on a plane, but there are places that can offer a better chance of survival in case of accidents.

And I think the most important thing in a plane crash is to get out as soon as possible. Many people survived the initial impact, but then failed to get out of British Airport Transfers quickly enough.

It has been shown that the first 90 seconds after a plane crash is "golden time". FAA regulations require flight crews to be able to evacuate an entire aircraft during golden hours.