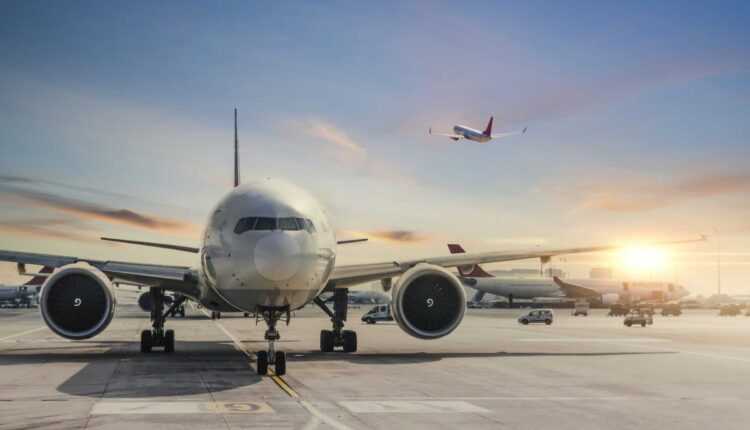 The year 2020 is dramatic for commercial aviation. The COVID-19 pandemic collapsed this industry well beyond initial estimates. Some studies have shown that commercial and passenger aviation reached the level of 2000-2010 (depending on the region).

There were periods of lockdown when over 80% of the global passenger aircraft fleet was detained on the ground. Airlines canceled on average over 80% -90% of passenger flights. There were companies that blocked their activity. Let's remember what happened at the beginning of the pandemic.

Although the planes did not fly, the airlines had very high expenses every month. Ground planes consume huge resources. Aircraft storage, maintenance and downtime are all costly. We saw millions of passengers outraged and dissatisfied with the fact that the flights were canceled and the money was not reimbursed. Yes, the money was not reimbursed immediately because a large part of the airlines' cash went to paying for the maintenance of the aircraft fleet, to paying salaries, to paying rents, etc. To meet the reimbursements and to cover their expenses, the airlines needed government support.

For the first six months of 6, governments around the world have provided financial support to airlines in various forms, amounting to $ 2020 billion. But it's not enough. The second part of the year follows, and the cash hemorrhage does not stop.

The cash reserve will decrease by 13 billion dollars per month, by the end of 2020

IATA warns that airlines' cash reserves will shrink by $ 13 billion a month, to about $ 77 billion by the end of 2020. A cash flow crisis will come, which will make it increasingly difficult. many airlines.

Airlines revenues have fallen by almost 80% compared to the same period in 2019. There will be losses of over $ 60-70 billion in 2021. And there is little chance that aviation will increase in 2022.

The relaunch of air operations did not live up to expectations. Even though most airlines have resumed a series of flights since May, June, July, the situation of commercial aviation is far from the performance of previous years. There are no passengers due to travel restrictions! And the alarm signal sounded by IATA comes in the context in which we are approaching the winter season, which is normally much weaker than the summer season.

For many airlines, the hardship is just beginning. The measures taken by governments around the world in the context of the COVID-19 pandemic will contribute to the collapse of the industries: aviation, tourism, HoReCa and all related industries. 4.8 million jobs in aviation and over 46 million jobs in all related sectors are at risk.

We remind you that some airlines have already gone bankrupt due to financial complications during the pandemic.

For those who don't know, IATA - International Air Transport Association - is an international commercial organization of airlines. This represents the interests of over 290 airlines in 120 countries. They provide over 80% of all flights operated globally.

New restrictions in Bucharest. Restaurants and cafes close inside. What do you have with HoReCa?