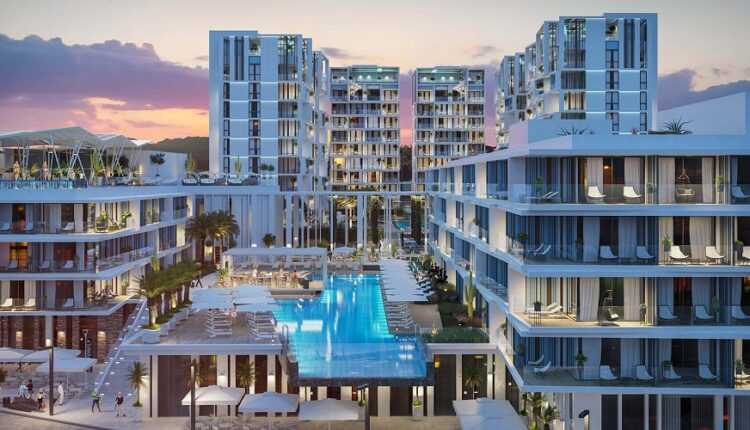 In the midst of a pandemic crisis, 8 new hotels will be inaugurated in Israel

Despite the difficult context created by the pandemic, investment in tourism has continued in Israel, where it will be inaugurated this year. 8 new top hotels according to the Israeli Ministry of Tourism.

The hotel investment market does not stop in Israel even in times of crisis and pandemic, and among the current trends was the growing popularity of boutique hotels among tourists, who, in the context of the pandemic, prefer accommodations with fewer rooms and less crowded, located in the heart of the city, with premium services and where you can enjoy more intimidate. Many of the boutique hotels are made by refurbishing the historic buildings of past centuries while retaining much of the original appearance of the place.

3 such hotels will open this year in Tel Aviv... ,,Soho House”Will have 24 rooms, a terrace with lush vegetation and a swimming pool and will be inaugurated in the spring of this year in the bohemian Jaffa district.

,,Deborah Brown”, Located near the beach in Tel Aviv, will have a grand event hall, SPA and a luxury restaurant and will be opened by the end of 2021.

,,Nobu Hotel”, Part of the Nobu chain, one of the most innovative luxury brands in the world, which will be located on the famous Rothschild Boulevard.

Another 3 will be added to the 5 boutique hotels mentioned above Accommodation units with hundreds of rooms and luxury services will be inaugurated in Israel in the coming months. A total of 8 new hotels will open in the state in 2021, in the midst of a crisis.

A first example is Isrotel, one of the most important hotel chains in Israel, which announced the opening in the second half of the year of a new hotel in the northern part of Tel Aviv, ,,Port Tower Hotel ”which is mainly addressed to tourists traveling for business purposes and has 154 double rooms and suites. The hotel is also equipped with a heated swimming pool, conference rooms and event rooms.

Jerusalem has not been ignored by investors in the hotel industry, and a few minutes from the walls of the Old City and the Mamilla Mall, one of the most popular shopping places in the area, a new Brown chain hotel will be opened. "Brown JLM”. The hotel will have 46 rooms and suites, decorated with great attention to detail, in the established classic-chic style of the other Brown properties.

In addition, in the heart of the Negev desert, starting with August of this year, will be inaugurated the luxurious 5-star hotel ,,Six Senses Shaharut”. The smallest rooms that can be booked at this hotel have an area of ​​58sqm and a private terrace with spectacular views. Six Senses Shaharut will also have a 644 sqm apartment with 3 bedrooms, terrace, 72 sqm pool, own SPA area and fitness room.

The architecture of Shaharut Six Senses has been designed to perfectly complement the natural setting of the desert, the villas being built of stone, and the landscape complete with flowers completes the desert landscape and to preserve the natural landscape. All villas are built using local stone and pigments, and the landscaping was done using flowers and cacti from the region.

About 100 km from the Negev desert, in the sunny resort of the Red Sea, Eilat, will be launched ”Brown 42 °”, A combination of apartments and luxury hotels, the first green housing project in the area. A 2-room apartment with a size of 50 sqm plus a 14 sqm balcony will cost about 300.000 euros.

It was also recently inaugurated at the Sea of ​​Galilee a new 5 star hotel, built in an old Ottoman building, whose 120th-century columns have become the main attraction in the reception of the XNUMX-room accommodation, Turkish bath facilities and an exceptional SPA center.

How do we organize our vacation in 2021?