Inauguration of the Cluj - Birmingham route with Blue Air 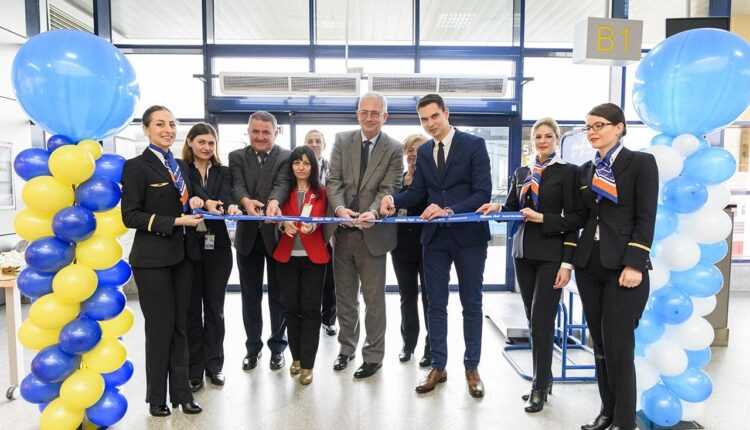 Inauguration of the Cluj - Birmingham route with Blue Air

Blue Air, the largest Romanian airline, starts operating the Cluj-Napoca - Birmingham route with three weekly frequencies today. They will be operated on Mondays, Wednesdays and Fridays.

Blue Air will fly during the winter holidays from…

Blue Air changes the schedule of flights from Bucharest to… 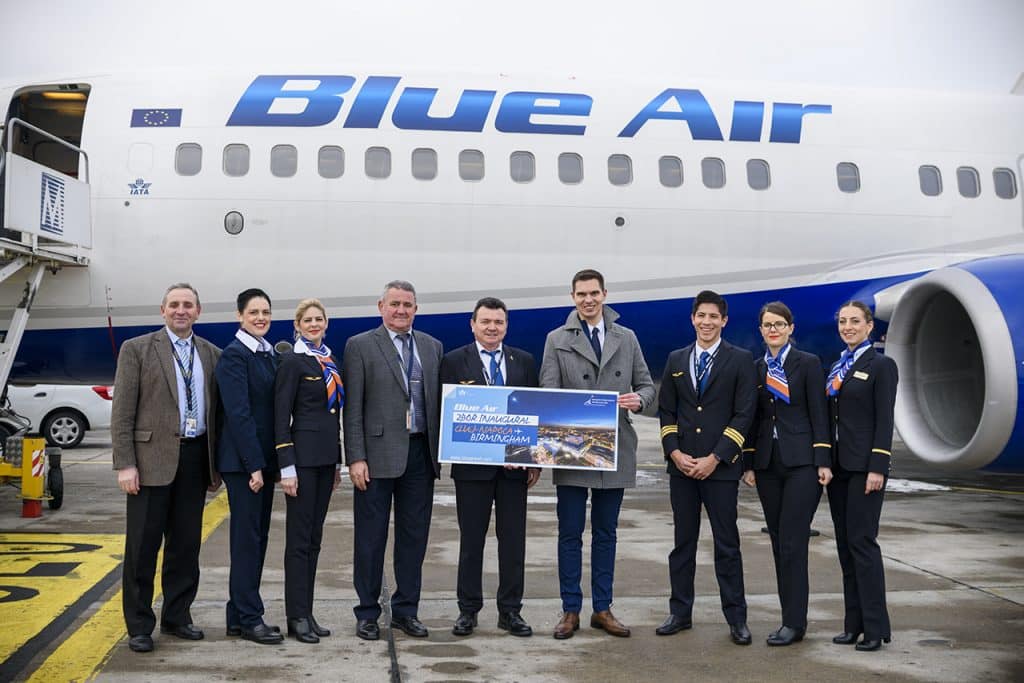 From 15 June to 2017, an internal flight will connect Cluj to Constanta, the Black Sea coast becoming thus very accessible. Also, Blue Air will increase frequencies on the route to Dublin, from two to three weekly flights.

Gheorghe Răcaru, General Manager, Blue Air: "We are pleased that from today we offer Clujians the opportunity to travel directly to Birmingham, the second largest city in the UK. Since the announcement of this route, the demand has been high, due to the commercial links between Cluj-Napoca and the United Kingdom, of the very high tourist interest, but also of the flow of students. Our interest in the Transylvanian market is underlined by the fact that starting with the 2017 summer season, we will allocate a second Boeing 737-800 aircraft to the base in Cluj-Napoca. Our development is in line with our intentions to stimulate tourism in Cluj County. ”

The president of the Cluj County Council, Mr. Alin Tişe said on this occasion: "Blue Air's initiative to develop this new route from Cluj-Napoca to Birmingham, the second largest city in the UK, is highly commendable in today's geopolitical context. I am confident that this new air connection will represent a bridge between the two regions served, facilitating both the creation of new economic or cultural partnerships, as well as the tourist flows to and from Transylvania. "

Blue Air registered significant increases this year, both in terms of the number of passengers carried and the number of aircraft that make up the fleet. The company estimates 50% increase in traffic over the previous year, to a total of 3,2 million passengers in 2016.