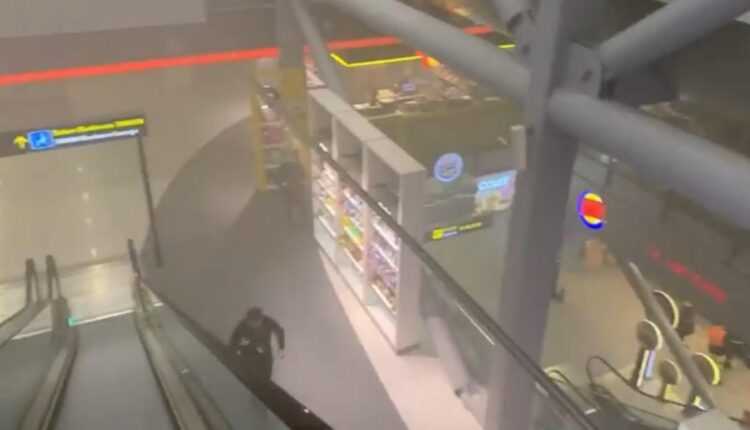 Update 13:10: During today, February 23, at 6:46 am, at the International Airport fire station "Henri Coandă ”, there was a fire in the restaurant area on the ground floor of the passenger boarding area.

At 6:48 am, firefighters arrived at the airport, who found smoke from the stove exhaust outlet of one of the restaurants and immediately intervened with 30 fire extinguishers with 6 liters dust and 6 50 fire extinguishers. liter.

After another two minutes, the airport staff directed the passengers to another area of ​​the terminal, close to the final extinguishing of the fire, which, although proved to be a minor one, produced a significant amount of smoke.

ISU was also announced, which intervened in a timely manner, activity in the area resumed at 7:44 am, except for the restaurant where the fire occurred.

We mention that no people with medical problems were registered as a result of this fire, and the air traffic at the airport was not affected - no flights were delayed.

Initial news: This morning, around 07:00, a fire broke out at Otopeni Airport, near the "Departures" terminal area. The fire would have appeared on the hood of a fast-food restaurant.

At that time, at the departure terminal there were about 2300 passengers, and about 600 were evacuated from the affected area. There were no injuries. Large releases of smoke have been reported, but this will be evacuated with the help of the ventilation system

The intervention teams acted appropriately and managed to extinguish the fire at 07:30. Airport firefighters and ISUBIF intervened. An investigation has been opened to determine precisely the cause of the fire.

There were no canceled or delayed races due to this unfortunate event.

But there were also many passengers, on the spot, who complained that the intervention teams acted defective and the evacuation was delayed. They accused the airport representatives of not telling them anything, not directing them to safe areas or informing them of flights. But in the end, everything was settled well and the passengers took off in time.