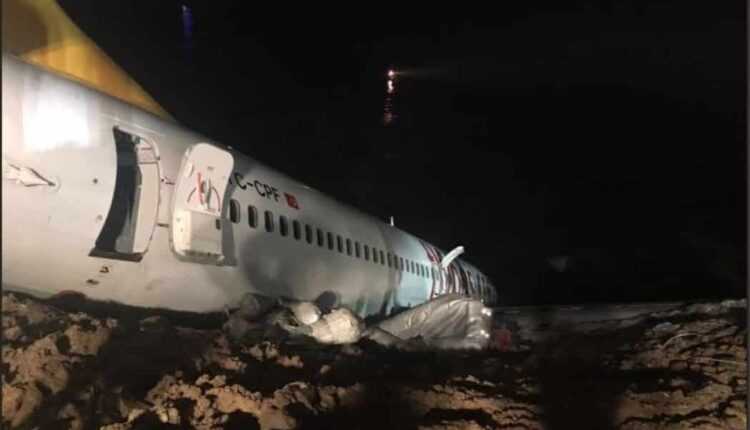 The beginning of the year also comes with an incident. The Boeing 737-800 (TC-CPF) Pegasus Airlines passed the runway.

Update 15.01.2018: The first elements of the investigation into the Trabzon incident also appeared. The cabin crew said that everything went smoothly, it was an incident-free flight, that was until landing.

From the first information it appears that the first officer (the co-pilot) performed the landing procedure. After the touchdown, the deceleration was too slow because of the moisture on the track. The sleeve passed into the hands of the commander, who applied the brakes, and the aircraft began to turn slightly to the left.

Passengers were evacuated to the rear doors and emergency exits from the wing rights. Local authorities said that 11 people arrived with minor injuries at the hospital. We remind you that there were 168 persons on board (162 passengers and 6 crew members).

The aircraft was flying on the route Ankara (ESB) - Trabzon (TZX), and the incident took place at 20:25 UTC (23:25 local time). Fortunately, no deaths were reported, and everyone on board was evacuated on the emergency slides. 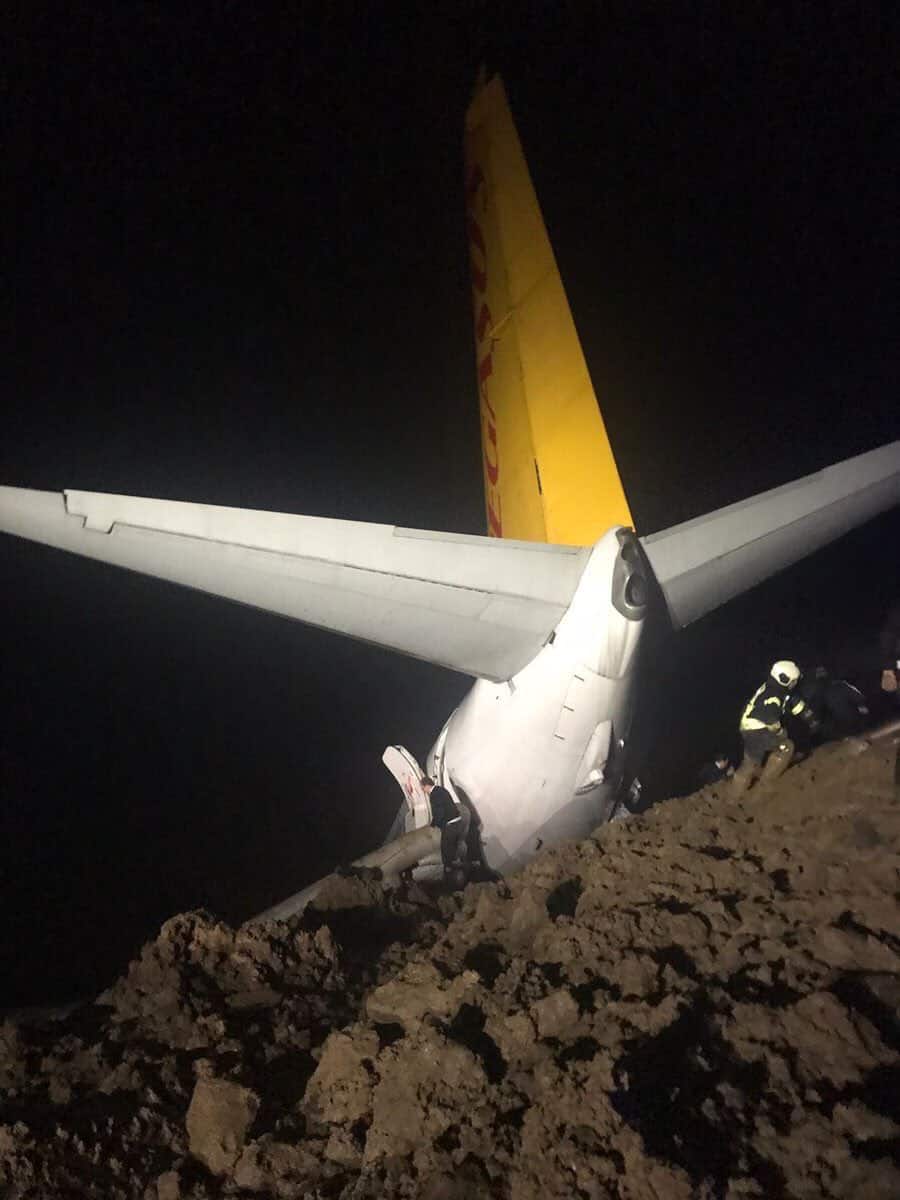 On board were 162 passengers and 6 crew members (2 pilots and 4 flight attendants). Pegasus Airlines confirms that no one was injured.

For reasons still unknown, the aircraft passed the runway and landed on the Black Sea. At the time of the incident, the rain and runway were wet. It seems to have had problems with slowing down the track, with speeds over 200 km / h in the second part. Trabzon Airport has a single runway, in the 11 / 29 direction, 2640 meters in length.

Following the incident, several flights were diverted or canceled. From Flightradar24 information, 2 flights, which were to take off until 24: 00, were canceled, and 2 flights, which were to land, were diverted to Ordu Giresun Airport. Other flights to Trabzon will probably be canceled. From the latest information, it seems that Trabzon airport remains closed until morning at local time 09: 00.

Boeing 737-800 (TC-CPF) is 5.2 years old, and the propulsion is provided by two CFMI engines CFM56-7B26E. We are talking about a young plane that operated the first flight on 15 November 2012. It can carry up to 189 passengers in a single configuration.

After last night's incident, it appears that the plane is "total damage". The landing gear was destroyed, the fuselage damaged, and one of the engines reached the sea.

The news is being updated…

Emirates results for 2017: over 59 millions of passengers carried