KLM Royal Dutch Airlines (KLM) announces the start of the operation of a new type of aircraft, Boeing 787-9 Dreamliner, equipped with a number of enhancements including a new cabin design, Wi-Fi for passengers and a state-of-the-art entertainment system. The first flight of the new Boeing 787-9 is scheduled for November 22 2015. 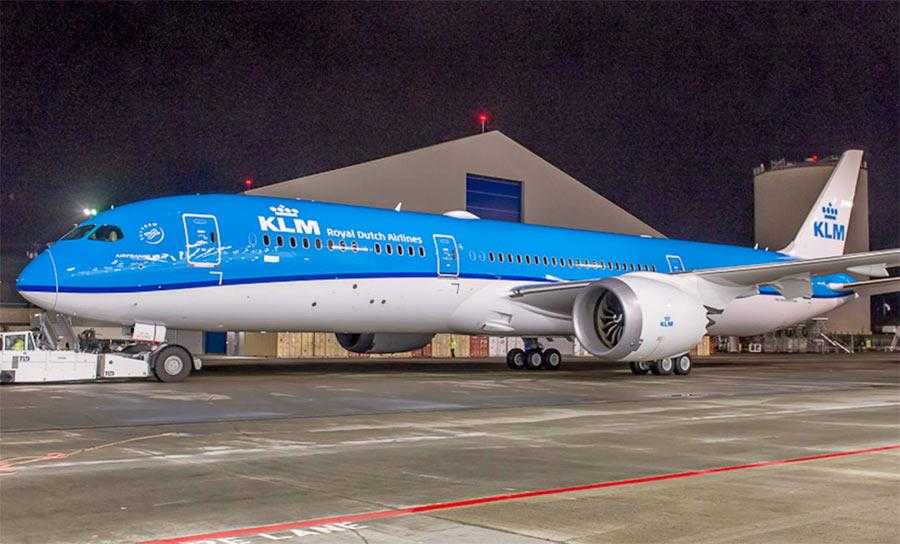 Features Boeing 787-9 Dreamlinr KLM
Among the most important features of the aircraft are the new World Business Class (WBC) seats, which can be fully folded to 180 degrees and have direct access to the corridor, Economy Class seats, which can be folded with 40% more compared to those from other Boeing aircraft, a state-of-the-art entertainment system and Wi-Fi for all passengers who want to be online during their flight.

Technical improvements: less noise and reduced fuel consumption
Also, from a technical point of view, the plane has many improvements. It is equipped with efficient engines, which reduce fuel consumption by at least 20%, but also the noise level by up to 40%. Moreover, the new Dreamliner proved to be a top-notch aircraft as well, with a test that showed that it can withstand extreme forces, which equates to 150% of the possible forces it could encounter during an ordinary flight.

The design of the aircraft is also modified, by the contribution of the Dutch designer Hella Jongerius. The use of soft materials in the interior, as well as a subtle color variation, creates a warmer and more relaxing atmosphere, and the entertainment system, which includes 16 inch WBC monitors and touchscreen displays for all classes, along with Wi-Fi Fi, will give passengers the opportunity to be connected online throughout the flight.

KLM continuously invests in the quality of the services offered and in the comfort of the passengers. In addition to adding the 10 Boeing 787-9 aircraft to its fleet over the next year, the company plans to introduce the new Airbus A350 as well.

After 23 years of activity, the Iasi International Airport passed on profit

With longing for Vidraru