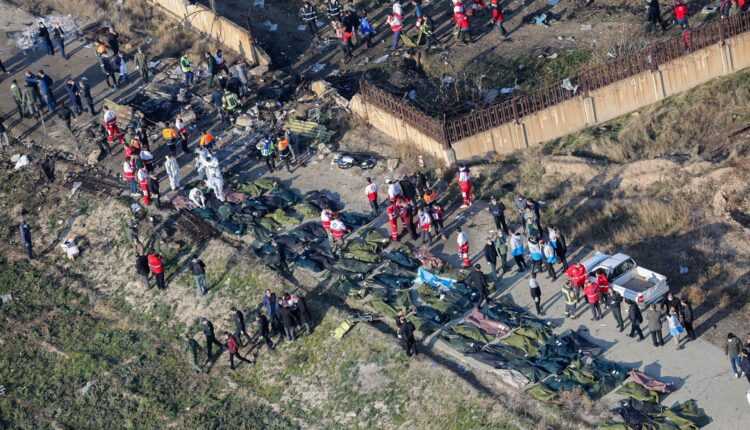 On January 8, 2020, the aviation world was mourned by a tragic plane crash in Iran. The Boeing 737-800 Ukraine International Airlines crashed shortly after takeoff. It was to operate flight PS752 on the Tehran - Kiev route.

Initially, Iran denied involvement in the aircraft crash. The local authorities discussed a technical malfunction at one of the engines. However, more and more indications showed that the plane had been shot down by ground-to-air missiles.

On January 11, 2020, an Iranian official acknowledges that the Boeing 737-800 UIA (UR-PSR) was accidentally shot down of Islamic Revolutionary Guard Corps. Shortly after, the first clear evidence with the plane shot down by 2 missiles. The rockets were launched from an Iranian military base about 12 miles away.

Following the accident, local authorities started an investigation. Under the Chicago convention, Iranian investigators invited all states recognized by this document to participate in the investigation. Including officials from Ukraine, Canada, Boeing aircraft manufacturer representatives, etc.

Information from the investigation report

One month after the accident occurred, the first information from the investigation report also appeared. It should be mentioned that this information is part of the initial research action and does not represent the final conclusions.

According to this information, the idea that the plane was hit by two TOR-M2 rockets fired from an Air Force base of the Islamic Revolutionary Guard Corps is reinforced.

The aircraft took off at 06:12 on runway 29R of Imam Khomeini International Airport in Tehran. After taking off, the pilots made contact with the approach unit. The Mehrabad Radar Air Traffic Controller identified the flight and asked the pilots to board the FL260. Then they received approval to climb to 6000feet altitude, make a right turn and continue to the PAROT position, located 70 miles northwest of Mehrabad airport.

At 16:15 pm, the Primary Surveillance Radar (PSR) saw him turn right. At 06:18 (local time), as the plane continued its ascent to 8100feet, it disappeared from the SSR and PSR radar screens.

The air traffic controllers tried to get in touch with the pilots, but everything was in vain. The aircraft crashed in Parand, a suburb of Tehran. It was identified at position N35.5529 E51.1121, approximately 10 nm east of the last position of the transponder (N35.52 E50.91).

Investigators are investigating the action taken by the Islamic Revolutionary Guard Corps and must determine how the two rockets contributed to the accident. Apparently, everything seems simple, but in the aeronautical investigations the causes and effects are determined exactly, and subsequently measures have been taken to avoid such tragedies.

In the history of aviation, there have been numerous cases with civilian planes accidentally shot down / by mistake / fear / by inattention. In most cases, these mistakes were made in times of war, troubled times in certain regions. The problem is that they appear collateral victims, and hundreds of people remain mourning and suffering in their souls. Apologies don't raise the dead!