Jamon, paella, Alioli and 15 years of Campofrio in Romania

When I was in Madrid, I tried to taste the traditional Spanish dishes. This is how I had the pleasure of eating jamon and paella, two traditional dishes in Spain. Spanish ham resembles Italian prosciutto and maybe French ham, but they cannot be compared to the taste and the way they are prepared.

On 20 June 2013, I had the opportunity to listen to the story of the ham on the anniversary of 15 years of Campofrio in Romania. The event took place at Alioli, a Spanish restaurant and Fan Club Real Madrid headquarters in Bucharest. As soon as you pass the threshold, you feel as if you have stepped into Spain, and the staff has been raised and educated in the Iberian style. From now on I know where I will watch Real Madrid's matches.

The story of Vladuţ`s, a friendly and sweet vampire

Jamon at any meal - what you can eat in Madrid ...

The hosts of the event were Sorin Barbu (owner of Alioli restaurant) and chef Juan, who cooked Paella de chorizo ​​Campofrio. The MC of the event was Dan Boerescu (also known as Bucătărescu). 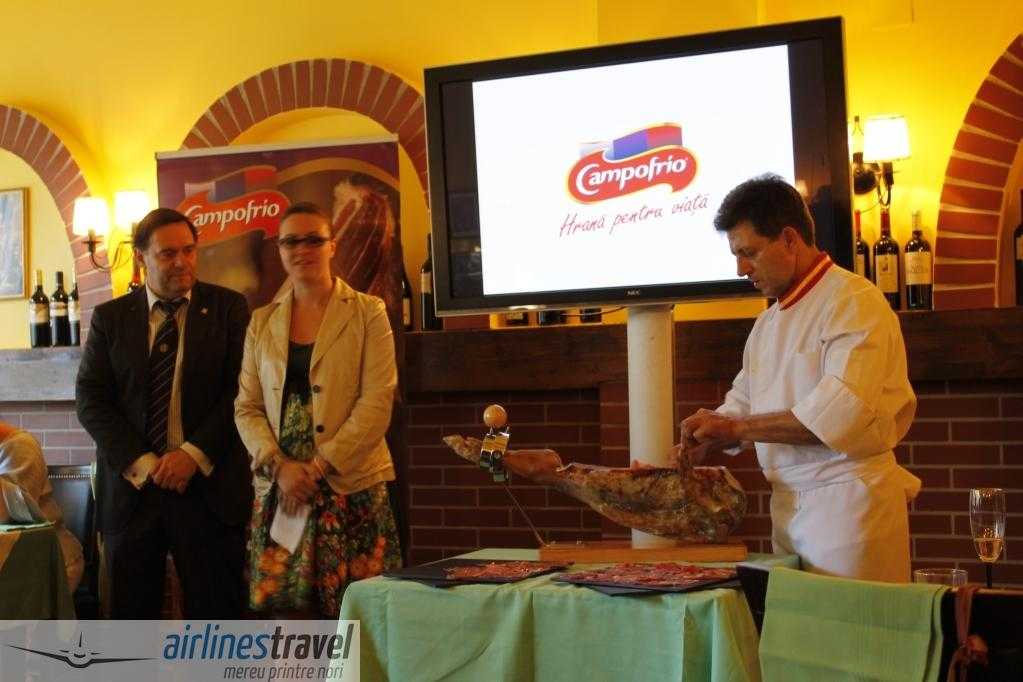 And now let's get back to the ham. This ham is found in two main variants: jamon iberico and jamon serrano. Jamon Iberico is the most expensive and is obtained from the free-range pig breeds in oak and acorn-fed forests. We recognize the Iberian ham by the black color of the pig's forehead.

Serrano ham is a little cheaper, and pigs are raised with a mix of feed. Ever since Roman times, the Iberians had discovered the mystery of this wonder. The best pulp from Landrace white pigs were kept in salt for several months, then washed and dried for up to a year in the high mountain air, hanging in the famous dryer.

Each village in the Iberian Cordillera has its own master ham. Each master has his or her own secrets, which he or she keeps guarded. In Madrid I found the Museo del Jamón restaurant network, and below you have some pictures of what these places look like. Ham-based snacks can be served here with a glass of sangria. But you can buy ham for home too. 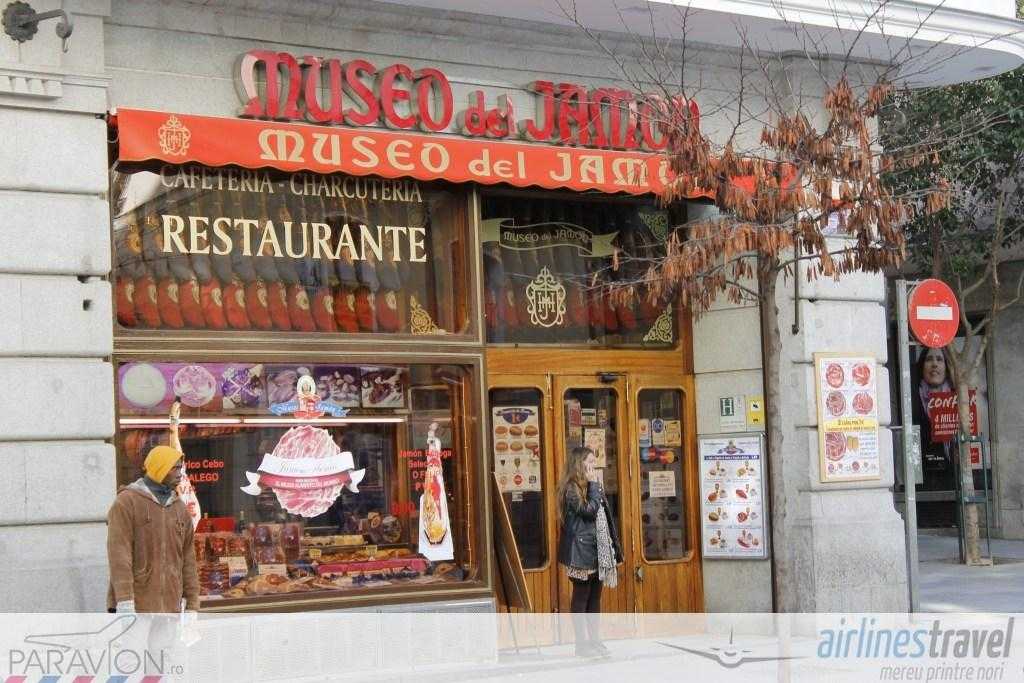 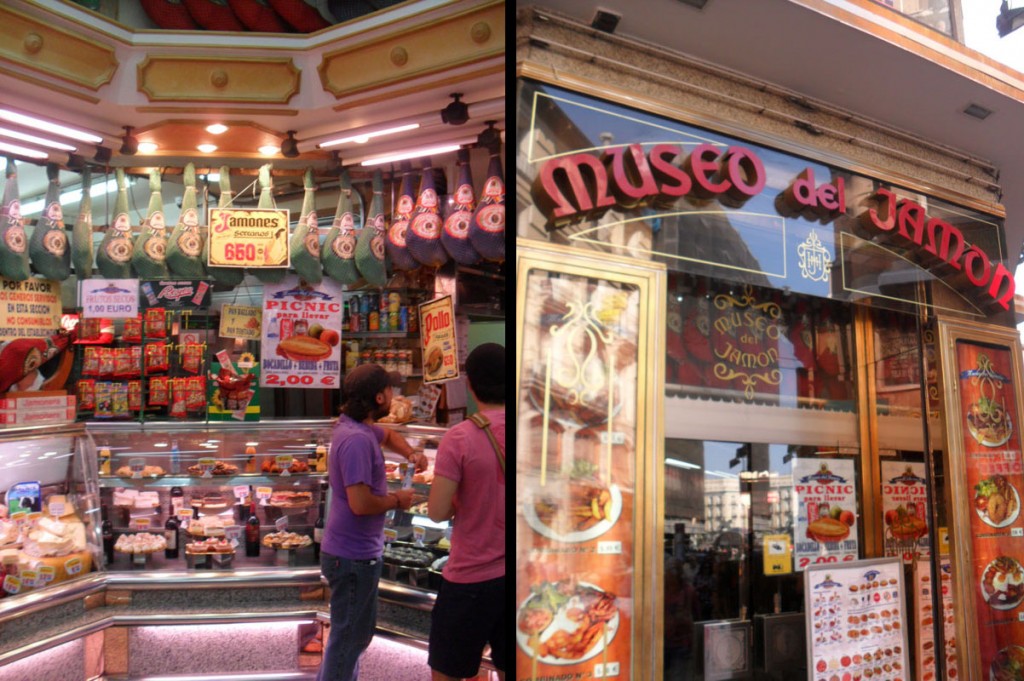 In addition to the Campofrio Serrano ham, Campofrio's anniversary menu consisted of:

But let's not forget the celebration. Campofrio, one of the most famous and appreciated brands of sausages and meat preparations in Europe, part of Caroli Foods Group, celebrated 15 years in Romania. It offers consumers a variety of meat preparations, from specialties from the Mediterranean area, to specific Romanian dishes, which respect the original recipes. Campofrio's specialty mix was completed last year by launching the Don Curcan range, with exclusively turkey meat preparations, with no other added animal fats, a first in the sausage category in Romania.

The exploration of the Campofrio world begins in Spain, where the Campofrio brand was born 60 years ago. The first tourist destination, Andalucia, where the story of the real Jamon cocido is revealed, followed by other Iberian regions, in which the famous specialties such as Salchichon, Chorizo, Iberian Jamon, Serrano or Fuet originate.