JetBlue, the first customer for A220 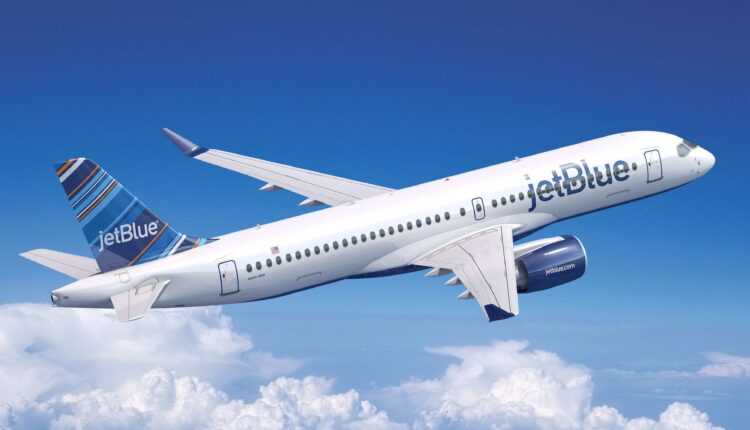 JetBlue, the first customer for A220

On 10 July 2018, Airbus unveiled the new A220 family of aircraft. Specifically, Airbus has rebranded the CSeries aircraft family into A220, and JetBlue is the first customer for A220-300, after rebranding.

By Sorin Rusi On NO ONE. , NEVER
0 220
Share
Delayed plane? Flight canceled? >>Claim compensation now<< for delayed or canceled flight. You can be entitled to up to € 600.

On July 10, JetBlue became the first customer for A220, the new aircraft entering the Airbus fleet. And now the short story for the new A220 family of aircraft. Airbus has taken over the majority of the CSeries aircraft family developed by Bombardier.

Immediately after the presentation ceremony of the aircraft family Airbus A220, JetBlue signed a memorandum for 60 A220-300 units. At the same time, the company converted 25 A320neo aircraft to A321neo. The aircraft will be powered by Pratt & Whitney GTF engines.

The first customer for A220

Airbus manufactures, markets and supports the new generation of A220 aircraft under the recently concluded CSeries Aircraft Limited Partnership (CSALP).

CSeries Aircraft Limited Partnership is an agreement between Airbus, Bombardier and Investment Quebec. It was validated on 1 July 2018. Airbus owns 50,01% of CSeries Aircraft Limited Partnership, while Bombardier owns 34%, and Investment Quebec only 16%. Following the conclusion of the agreement, Airbus rebranded the CSeries aircraft family into A220.

RYANAIR has canceled 30 flights due to the Irish pilots strike