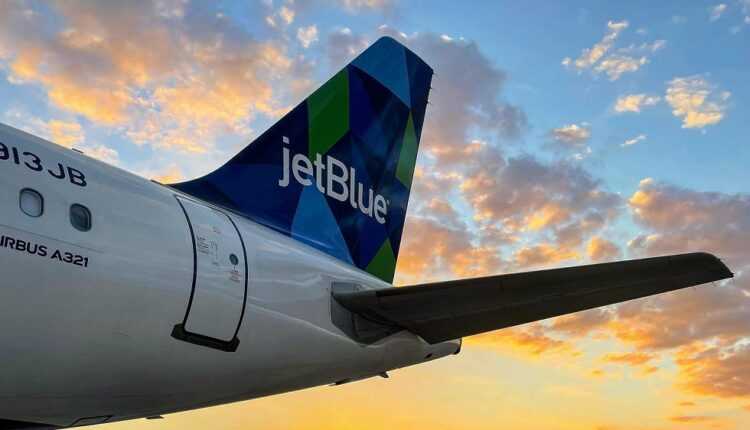 JetBlue has announced that it will enter the transatlantic market with non-stop services between New York's John F. Kennedy International Airport (JFK) and London's Heathrow Airport (LHR), beginning August 11, 2021. New York's Hometown Airline® will further improve its US and UK programs with a non-stop service between New York-JFK and London Gatwick Airport (LGW), starting on September 29, 2021. The Boston service, where JetBlue is the flagship airline, will start in the summer of 2022.

The flights on both routes will operate daily, the flights being operated with JetBlue's new Airbus A321neo Long Range (LR) with 24 seats in the Mint class and 117 elegant and spacious seats in the Airspace cabin. JetBlue will receive three more A321LRs in 2021 and all will operate flights to JFK. The A321LRs scheduled to be received in 2022 will operate to Boston.

Starting August 12, the flight will be operated every day.

Starting September 29, the flight will be operated every day.

Tickets for both routes can already be purchased at discounted rates for US travel, starting at $ 599 round trip for an Airspace class seat, and starting at $ 1.979 round trip for a JetBlue Mint class seat . Those wishing to travel from the UK can enjoy special introductory round-trip fares from GBP 329 for the Airspace class and GBP 999 for the Mint class.