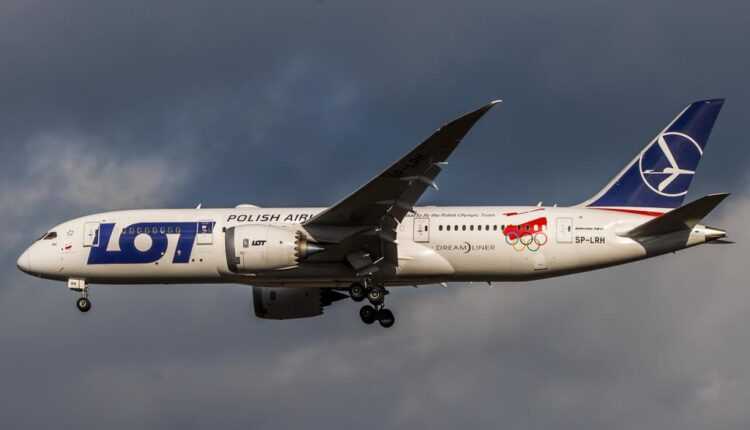 Purchase of an airplane part on a LOT Polish Airlines flight

On November 12, passengers on the LO92 flight (Beijing - Warsaw) were asked to "donate" in order to buy a piece on the Boeing 787 Dreamliner. He had problems with a hydraulic pump.

On November 12, an unusual situation occurred on board the LO92 flight, on the route Beijing - Warsaw. Specifically, the passengers were asked by a LOT representative to donate money to buy the hydraulic pump needed to repair the Boeing 787 Dreamliner aircraft.

The pilots encountered problems with the hydraulic pump during a routine check, which is frequently done before the flight. The Boeing 787 Dreamliner (SP-LRH) had to take off from Beijing to Warsaw, but without this part the flight could not be operated.

Purchase of an airplane part

To speed things up, a LOT official made the decision to ask passengers to make a charter, which is only 320 $. 4 passengers agreed to contribute and so the 249 passengers on board were able to travel to the Polish capital. Even so, the aircraft took off with a delay of 10 hours.

At the destination, the money was returned to the 4 generous passengers :). At the same time, LOT Polish Airlines officials have apologized for this situation and will offer 4 a bonus on air tickets.

According to LOT Polish Airlines officials, a Boeing employee requested cash payment to fix the aircraft problem, and the LOT representative made the decision to raise funds with the help of passengers.

Overcoming the absurdity of the situation, such cases have been registered with other airlines. But the circumstances were completely different. For example, we remind you of the case registered on August 15, 2012. It is a flight operated on the route Paris - Beirut, which was diverted to Cyprus because there were violent protests at the airport in Beirut.

However, for fuel, the plane had to land in Damascus, Syria, which was at war at the time. Card transactions were not guaranteed due to international sanctions. The cabin crew made the request, asking for money from the passengers, to pay for the fuel.

Black Friday 2018 in Tourism: Discounts up to 60% on tourist packages