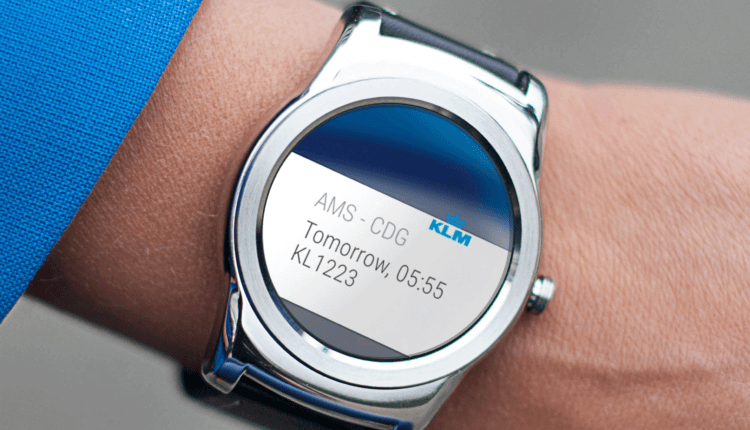 KLM has launched an application for Android smart watches

Technology is advancing and integrated into more and more portable gadgets, most of which aim to ease our day-to-day activities. This is how smartphones, these portable PC consoles, came about, because they are no longer just mere mobile phones. That's how tablets and ultrabooks appeared, smaller and even lighter than a A4 student notebook. And that's how smart watches or smartwatch came to be, as they are called in popular technological terms.

These handy little gadgets are cute and are an extension of smartphones and tablets. In addition to the exact time, the basic level of a clock, smartwatchs can run applications, display summary information taken from a smartphone or tablet, and even take voice commands. Star Trek is no longer an SF movie.

KLM, one of Europe's largest airline operators, has launched an application for Android smart watches. The owners of smartphones and smartwatch with Android can install the application and will benefit from it.

Once arrived at the Schiphol International Airport in Amsterdam, the passenger receives a notification regarding the time of embarkation and the corresponding gate. An hour before departure, the passenger receives a message with the boarding pass, ready to be scanned at the gate. A final notification with the place number is sent just before departure.

KLM is testing new technologies and this is something we enjoy. It is an airline that is open to newcomers and is always looking for solutions to support the passenger. The application can be downloaded by here!

easyJet has released an application for Apple Watch