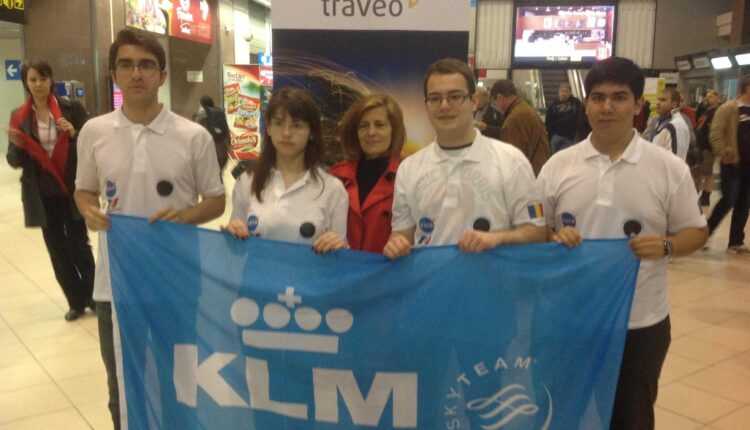 KLM and Traveo.ro support the performances of the Romanian students awarded to NASA

Following the articles published in the press about the Romanian students winning the NASA competition, who could not participate in the awards gala due to lack of funds, Traveo.ro and KLM Romania were notified and decided to contribute to their travel ease.

Thus, the group of students from the Tudor Vianu high school, Bucharest, which won two prizes at the International Conference for Aerospace Development 2014, organized by NASA, will leave for Los Angeles Tuesday, 13 Mai, with the AF 066 flight and return to the country Thursday, NEVER.

The project of the Romanian students was called Arcturus Space Settlement and it was noticed from over 800 of projects entered in the competition. The students are all passionate about the exact sciences and have been awarded at the national Olympics of physics and astronomy and at various international competitions.

Traveo.ro and KLM support the performances of the Romanian students, and put a price on the technological innovation that this kind of projects brings. The decision to sponsor their departure is due to the fact that both brands focus on performance, innovation, fresh ideas and unique approaches.

It is an honor and a joy for Traveo.ro and KLM that they had the opportunity to get involved in this project and that the Romanian students can participate, as it fully deserves, at the premiere. It is about results at the highest level here, few students in the world can boast that they have won a big prize at NASA. For this, Traveo.ro and KLM congratulate the students and teachers who have guided them.