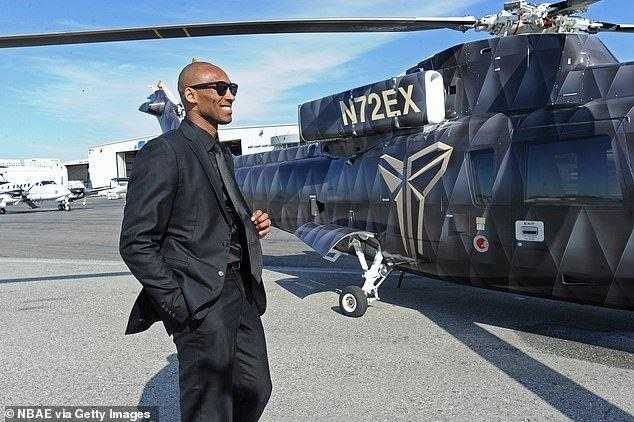 Kobe Bryant died in a helicopter accident. There are no survivors.

Kobe Bryant (41), one of the most popular basketball players in the NBA, died in a helicopter accident. There were 8 people on board, plus the pilot. There are no survivors. On January 26, 2020, at about 10:00 (local time), the helicopter crashed into a hillside area near Calabasas, Los Angeles.

The helicopter departed from Santa Ana-John Wayne International Airport, CA (SNA / KSNA) and headed for Mamba Sports Academy, Newbury Park, CA. The accident occurred in dense fog conditions. NTSB investigators have opened an investigation and will gather evidence to determine the causes that led to the helicopter crash.

From the information provided by aviation-safety.net, we are talking about a helicopter Sikorsky S-76B operated by Island Express Holding Corp. The helicopter involved was registered N72EX. It was manufactured in 1991. It was the 374th S-76 built. As a model, the Sikorsky S-76 is a helicopter that first flew in 1978 and entered service in 1979.

The helicopter involved in the crash flew to the state of Illinois as N761LL (VIP configuration). It was sold in 2015 and registered N72EX.

Flightradar24 published 2 charts with the evolution of the flight operated by the Sikorsky S-76B N72EX helicopter.

Kobe Bryant played from 1996 to 2016, the year he retired, for the Los Angeles Lakers. He was one of the most popular and well known basketball players in NBA history.

Currently, there is an open investigation to determine the causes that led to the tragic accident. We will come back with information!

Stories with people: An LATAM flight attendant received overwhelming news during a flight

Automatic check-in from Wizz Air does cost, but can be useful