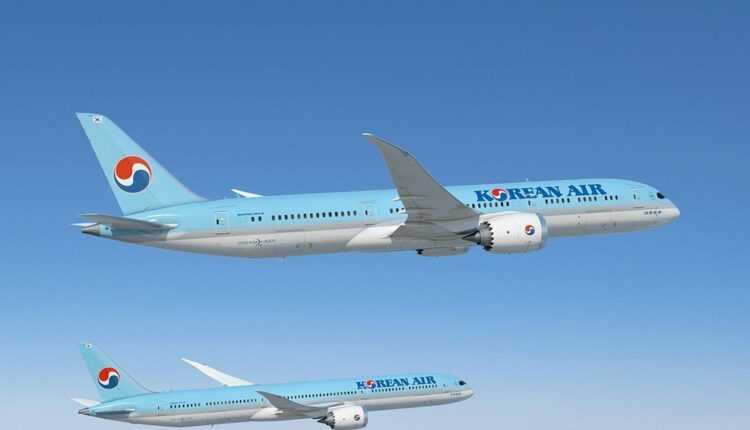 By Sorin Rusi Last updated NOT ANYONE. , NEVER
0 232
Share
Delayed plane? Flight canceled? >>Claim compensation now<< for delayed or canceled flight. You can be entitled to up to € 600.

Today, June 18 2019, Korean Air has expressed its intention to buy 30 from Boeing 787 Dreamliner aircraft. The agreement was signed at the Paris Air Show 2019, between Korean Air, Boeing and Air Lease Corporation officials.

Korean Air is one of the largest transpacific carriers in Asia. It has 16 non-stop routes to North America. The new aircraft will contribute to the development of the long-haul flight network. When the order is firm, it will be listed on the Boeing website.