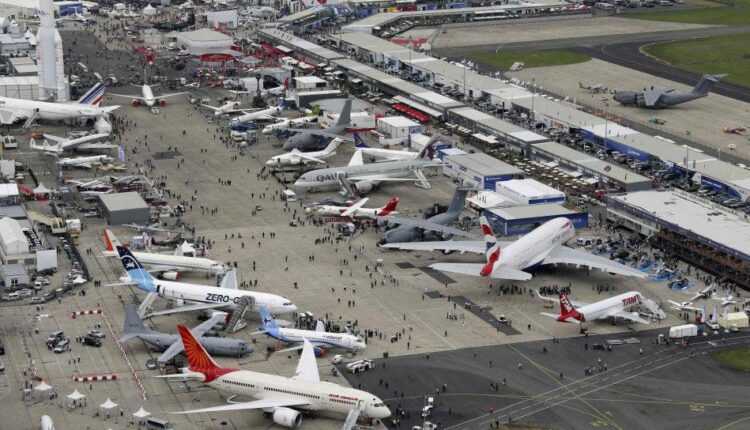 The International Aeronautics and Space Show - Paris Air Show, will take place in Bourget, between June 17 and 23, 2019. The list of planes present at the Paris Air Show 2019 also appeared. But without the Boeing planes, because the American manufacturer has not yet sent the confirmations.

The 53rd edition of the Paris Air Show will bring together all the important players in the aeronautical industry. New technological innovations will be presented. 4 days will be dedicated to professionals - B2B segment. The next 3 will be for everyone.

This year, the Paris Air Show will bring together 2453 of exhibitors, 150 of aircraft and over 140 000 of professionals from the aerospace and space industry.

Below is a list of the planes present - static and evolving - at the Paris Air Show 2019. I only extracted the commercial aircraft.

Boeing has not yet sent information on aircraft at the Paris Air Show. It is only known that a Boeing 787-9 Air Tahiti Nui will fly in the days of Monday and Tuesday.

In addition to commercial aircraft, at the Paris Air Show you will be able to admire on the ground and in flight numerous business aircraft from Dassault, Embraer, Gulfstream, Honda. There will be no missing military aircraft and helicopters. You can even admire an Airbus A400M in flight.

The shortest flight by A380 in the world, on the Dubai - Muscat route

In the summer season, Emirates flies with A380 to Amman and Boston