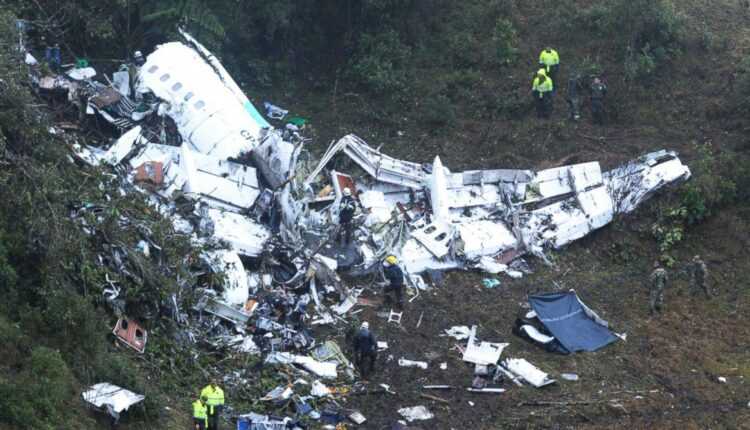 The world of sport, rocked by a plane crash / Other air tragedies

A plane crashed in Colombia

Following the plane crash, 75 people lost their lives, and 6 people survived, but are in critical condition hospitalized in the region.

Survivors include Chapecoense's "Number 10" Alan Ruschel. He was transported to the hospital San Juan de Dios in La Ceja.

The world of sport is in mourning. Several football teams have had moments of silence before the matches or training sessions.

This aviation tragedy reminds us of other tragedies in the history of world sport.

An aircraft of the type Fiat G-212, which carries the football team FC Torino (known as Il Grande Torino), collapsed on the Superga hill near Turin. Were 31 of victims, including the 18 players, the club officials, the journalists who accompanied the plane's crew and crew.

McDonnell Douglas DC-9-32 (HI-177) Dominican Aviation crashed into the sea shortly after takeoff. The 102 people on board lost their lives, including the 12 members of the national women's volleyball team in Puerto Rico.

A FH-227D Uruguayan Air Force Fokker Fairchild aircraft carrying 45 people, including the entire Old Christians Club rugby team in Montevideo, collapsed in the Andes. The balance: 29 of victims and 16 survivors.

The 16 survivors were recovered by the authorities after 2 months after the accident, during which time they were fed by their "comrades".

After this event, the film "Alive" was released, which appeared in 1993. And in 2006 the book "Miracle in the Andes" was published.

The Havilland Canada DHC-5D Buffalo (AF-319) aircraft, with 30 people on board, collapsed shortly after taking off from the runway at Libreville Airport, Gabon. On board was the Zambian football team.