MFA alert: a strike of Ryanair flight attendants from Spain is announced!

The Ministry of Foreign Affairs informs the Romanian citizens who are, transit or want to travel to and from the Kingdom of Spain, by air, that several trade unions have announced a strike of the flight attendants of the airline RYANAIR. The strike will be organized on June 24, 25, 26, 30, as well as between July 1 and 2, 2022, at all times, at 10 bases. 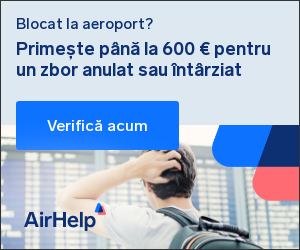 We remind you that RYANAIR is based in Madrid, Malaga, Barcelona, ​​Alicante, Seville, Palma de Mallorca, Valencia, Girona, Santiago de Compostela and Ibiza. In this context, there may be major roadblocks operated by the target company.

In order to prevent unpleasant situations during the trip abroad, the Ministry of Foreign Affairs recommends to the interested Romanian citizens to be informed in advance about the situation of the contracted flights, consulting the website and / or contacting the flight operator directly.

Romanian citizens can request consular assistance at the telephone numbers of the Consular Section of the Romanian Embassy in Madrid at +34 91.734.4004, the call being redirected to the Center for Contact and Support of Romanian Citizens Abroad (CCSCRS) and taken over by Call Center operators in permanence regime.

Due to a technical malfunction, T2 London Heathrow has been transformed into a luggage storage!