12 Update March 2014: Malaysia Airlines confirmed that it has lost contact with a Boeing 777-200 operating the MH370 flight

On 8 March 2014, Malaysia Airlines confirmed that it had lost contact with the aircraft Boeing 777-200ER what the flight did NOT do. The plane had 370 passengers (239 passengers, including 227 children and 2 crew members) and operated a flight between Kuala Lumpur and Beijing.

Many questions, very few answers. We all wonder what led to the sudden disappearance of the aircraft on the radar. We are not talking about a light aircraft, but one of the best aircraft in the world. In the 20 years of activity, very few 777 aircraft were involved in the incidents, and the first casualty accident occurred last year, largely due to a pilot error (investigation is ongoing).

Check every possible track. A possible terrorist attack has been discussed, an explosion is being considered at the altitude of 35 000 feet, perhaps a diversion. Regardless of the situation, the aircraft must be somewhere, but it is undetectable. The situation is even more bizarre because there were no signs showing problems on the flight MH370. There were no SOS signals, there were no signals showing technical faults.

Update 02: 53 - 12.03.2014: The searches will continue on the 5 consecutive day since the disappearance of the aircraft, and the sites targeted are: Andaman Sea, Malacca Strait and South China Sea.

Update 02: 39 - 12.03.2014: Police are looking at the disappearance of the Boeing 777-200ER from four angles: hijacking, sabotage, psychological problems between passengers and crew, personal problems of passengers / crew.

Of course, the idea of ​​an explosion, of some technical defects, was not given up. Without a plane, anything can be possible.

Update 02: 26 - 12.03.2014: The situation in the case of the missing plane takes a strange turn. According to an official in the Malaysian army, it appears that the plane was flying at low altitude and on an undeclared path, opposite to the normal one. After 4 days, an official from the Malaysian army states that the plane was on the military radar for about an hour after it was disappeared by the civilian radar.

Already the situation gives rise to many unanswered questions.

Update 23: 09 - 10.03.2014: Boeing has joined the American National Transportation Safety Board as a technical advisor. The team is positioned in the region to provide assistance.

The USS Kidd will join the USS Pinckney and together they will take part in the search for the Boeing 777-200ER, which disappeared on 8 March 2014. USS Kidd has 2 MH-60R Seahawk helicopters and offers the same facilities as the USS Pinckney Sister.
Update 14: 10 - 10.03.2014: According to VNExpress, a commercial plane reported several large pieces floating at 60 km southeast of Vung Tau, a coastal city in Vietnam.

Update 14: 00: Malaysian authorities have analyzed the oil tracks found at sea and noted that they do not come from the missing plane. Investigations also continue on the two people who traveled with stolen passports. One of the two passengers, who boarded stolen passports, was identified.

We remind you that two people bought tickets with stolen passports, on behalf of Christian Kozel and Luigi Maraldi.

Update 11: 49 - 10.03.0214: More than 48 hours have passed since the disappearance of the Boeing 777-200ER, and the news is not too optimistic. The search continues today. The search area, as well as the fleet, was expanded. A Lockheed P-3 Orion aircraft was sent from New Zealand to participate in the search and location mission. China is calling for increased efforts to find the missing plane. Currently, teams from Australia, China, Thailand, Indonesia, Singapore, Vietnam, the Philippines, New Zealand and the United States participate in the location and rescue mission.

Update 18: 31: Datuk Azharuddin Abdul Rahman, General Manager of the Malaysian Civil Aviation Department (DCA), said the remains found near Tu Chao Island, Vietnam, do not belong to the missing plane. He held a press conference at a hotel near Kuala Lumpur International Airport. 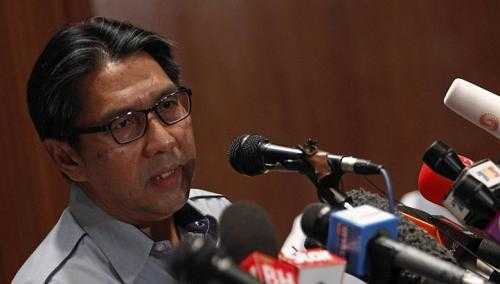 The search operations will continue during the night. They participate in a multi-national fleet consisting of 40 of ships. The search in the air was stopped at 19.00 (local time). The search area has been expanded from 20 miles to 50 nautical miles.

Update 16: 40: Vietnamese authorities have released a photo of a suspicious fragment floating at 80 km southwest of Tho Chu Island. It is supposed to belong to the Boeing 777-200. Malaysia has called on Vietnam Civil Aviation Authorities to allow 5 vessels to enter Vietnamese waters to search for suspected floating fragments. The operation will take place during the night.

Update 12: 57: The military radar shows that the aircraft operated a return turn. Ahmad Jauhari Yahya, CEO of MAS group, said that such a return and departure from the trajectory could be made when the pilot cannot continue on the planned flight path. Normally, such decisions are reported by the pilot to the control tower, but also to the base, which did not happen in the present case.

Update 12: 41: According to the ST Foreign Desk, the Malaysian Armed Forces chief said that 22 aircraft, 40 seagoing vessels, helicopters and Coast Guard vessels are participating in the search for the Boeing 777-200 aircraft. They were joined by US destroyer USS Pinckney. 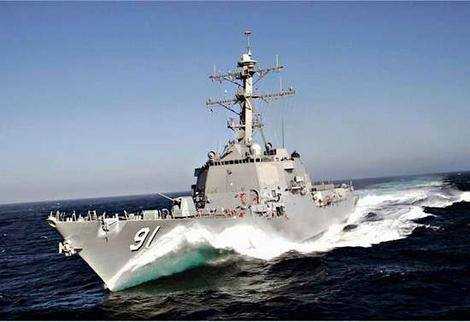 Singapore has sent two ships and a Sikorsky S-70B helicopter, and will also send the SSRV MV Swift Rescue with divers on board. 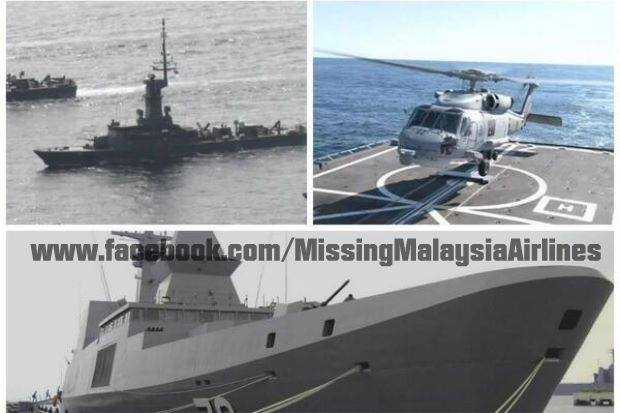 Malaysia, Vietnam, the Philippines, China and the United States are involved in the search for the missing plane.

Update 12: 37: Officials are investigating the identities of 4 passengers on the MH370 flight. Two are the ones who got on the stolen passports, plus two others. The FBI is joining the investigation.

Update 05: 19: According to ABC News, the National Transportation Safety Board (NTSB) sends a team to ASIA, along with specialists from Boeing and FAA, to help investigate the missing plane.

Update 03: 40: Here, it has been well over 24 hours since the disappearance of the Boeing 777-200ER, and authorities are not following up on it. The airline has issued a 7 press release announcing that it is doing its best to provide support to affected families, including financial aid. Malaysia Airlines has sent 94 people, including members of the Tzu Chi Foundation, to provide emotional support to affected relatives and families.

Last night, a Malaysia Airlines Senior Management team arrived in Beijing to meet with members of the media and family members of missing persons.

Meanwhile, Malaysia Airlines will set up a command center in Kota Bharu, Malaysia or Ho Chi Minh City, Vietnam. The airline is constantly working with the authorities, fearing for the worst. A disaster recovery management specialist from Atlanta, USA, will assist Malaysia Airlines during these difficult times.

Searches resumed. All information and clues that have appeared and appeared are investigated. The track of the stolen passports is checked, checks are made on the fuel lines ... A new long day of searches, analyzes and declarations awaits us. We'll be in positions and come back with information.

Update 21: 41: Malaysia Airlines does not confirm or deny certain information in the press about fuel lines, stolen passports, etc. He still retains his optimism. We also hope for the best, although I said below that I do not believe in miracles. 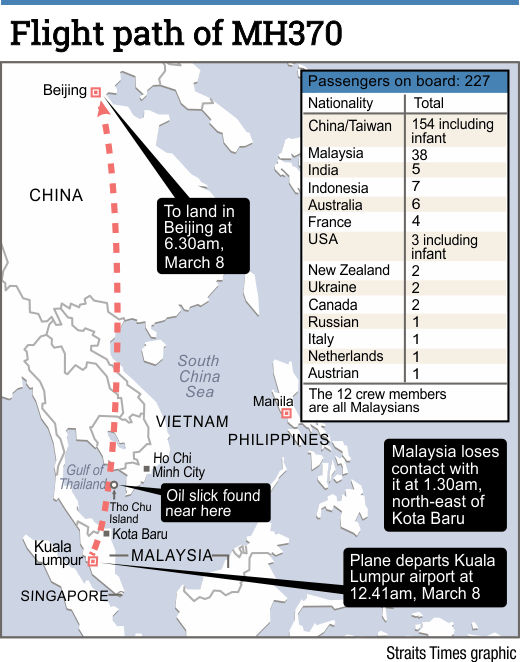 Update 19: 26: Here, after many hours of searching, the Boeing 777-200ER has not yet been found. Several aircraft, helicopters and sea vessels participated in the mission to locate and rescue the plane in the waters of the Gulf of Thailand. Information about the approximately 15 km long fuel shafts found in the South China Sea has been released, but it remains unclear if they belong to the missing plane.

Information appeared that two people with stolen passports were on board the aircraft. An Austrian and an Italian, who were on the passenger list, were found at their homes, both claiming to have passports stolen for 2 years, respectively 1 year. Authorities are checking the passenger list and monitoring the surveillance cameras to detect the two possible suspects.

It is natural and normal to wait for the wreck to be found, to wait for a clue to present the aircraft's situation. But we rely on a terrorist act, which is not denied by the Malaysian authorities. The Boeing 777-200 aircraft, which is recognized as the safest commercial passenger-long-haul aircraft, is too suspicious. Plus, Malaysia Airlines has 5 Skytrax stars and they don't get very easy.

I don't believe in miracles, let alone after so many hours after the aircraft disappeared from the radar. We'll wait for new information, but I'm afraid the news will be more pessimistic and unhappy.

For relatives of those on board, the flight MH370 will always be late ... 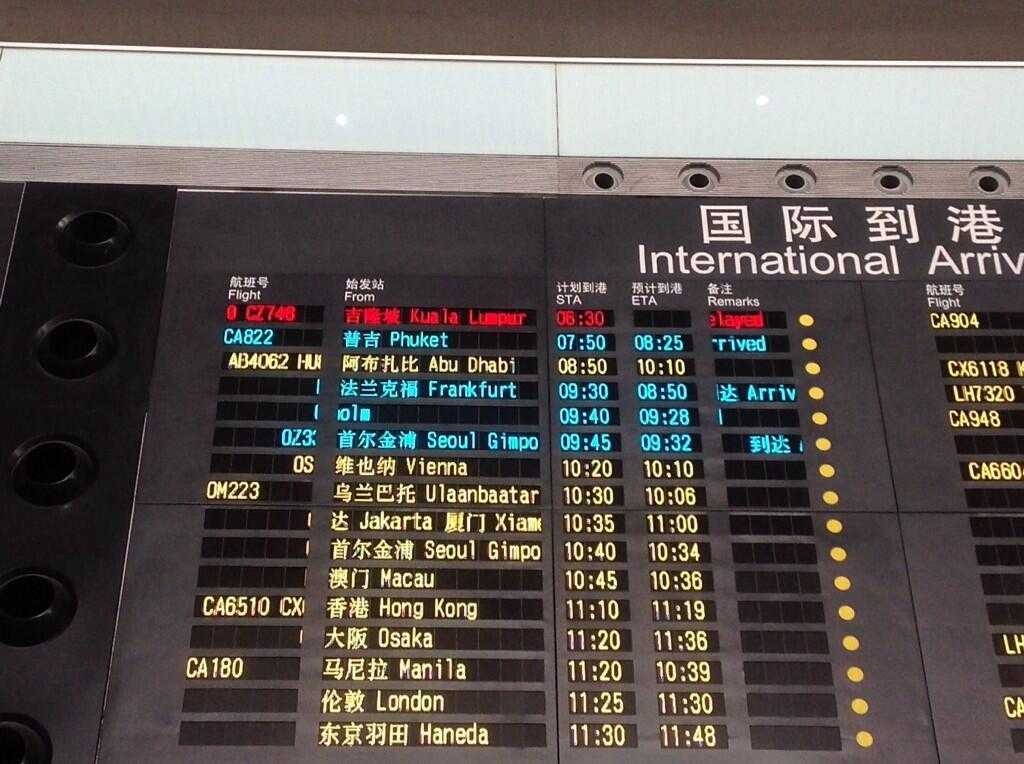 Update 09: 23: Boeing 777-200 aircraft missing from radar on 02: 40, 8 March 2014, is searched for a plane, 2 helicopters and 4 seagoing ships sent by the Malaysian government. China sent two ships, and the Philippines sent a plane and 3 patrol vessels to the South China Sea.

Update 09: 16: The Vietnamese authorities cannot confirm the exact position of the aircraft. It is sad because certain information provided by flightradar24 has been ignored and the hours pass. The aircraft had fuel for 7.5 flight hours from the time it disappeared from the radar. So far, the fuel is long gone, so somewhere between Kuala Lumpur and Beijing must be this Boeing 777-200.

Update 06: 37: The Xinhua news agency, citing a Vietnamese media report, says the Vietnamese search and rescue team detected the plane's signal about 220 km southwest of the coast of Ca Mau in Vietnam's ocean waters. The image posted on flightradar24 shows approximately the area where the plane may have disappeared.

Update 04: 52: Boeing 777 aircraft were not involved in casualty accidents until the 2013, when a Boeing 777-200ER aircraft Asiana Airlines, operating the 214 flight, missed the landing at the San Francisco airport. The plane hit the jetty at the end of the runway, and 3 people died after the accident.

Update 04: 45: Meteorologist Michel Palmer told NBC that there were no significant weather conditions in the Kuala Lumpur area until in Southeast Asia.

Update 04: 35: According images of flightradar24, the Boeing 777-200 (9M-MRO) aircraft would have disappeared somewhere in the Gulf of Thailand.

Update 04: 30: Image with journalists and police at Beijing airport. 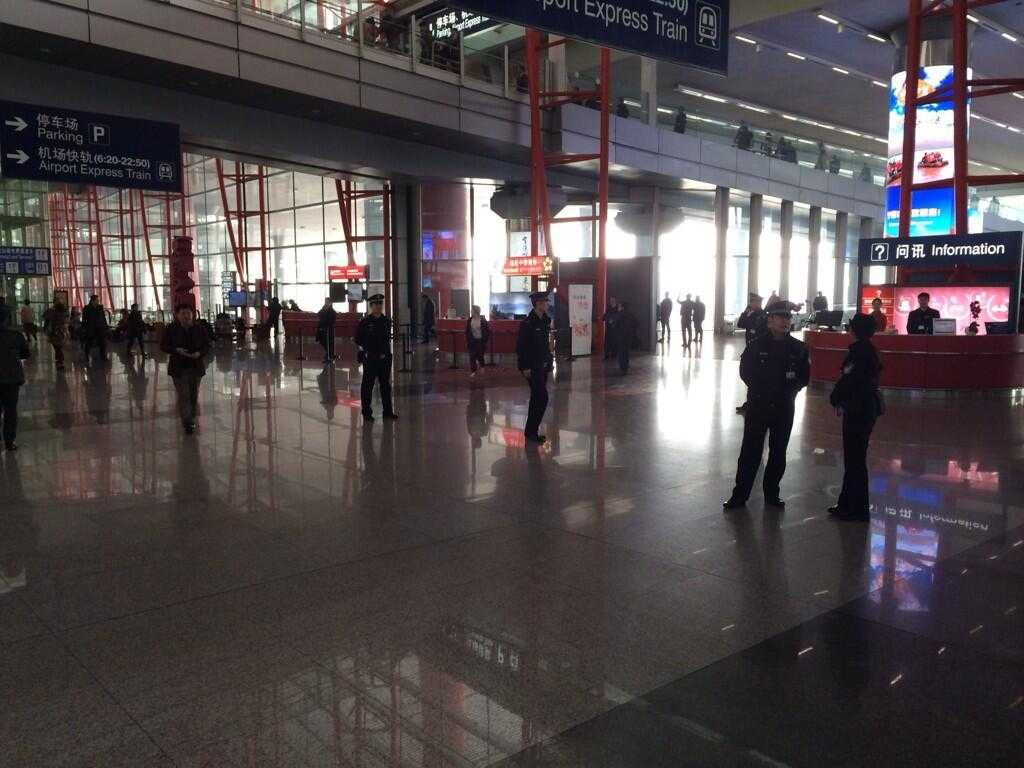 Update 03: 48: Malaysia Airlines announced that passengers aboard MH370 were of 13 different nationalities.

Update 03: 30: Vice President of Malaysia Airlines told CNN that search and rescue operations are underway. "We have no idea where this plane is right now."

Malaysia Airlines has confirmed in a press release that it has lost contact with the aircraft Boeing 777-200 what the flight did NOT do. The plane had 370 passengers (239 passengers, including 227 children and 2 crew members) and operated a flight between Kuala Lumpur and Beijing.

Currently Malaysia Airlines is working with the authorities to locate the aircraft. Location and rescue teams have been activated.

Fly Romania - It's About You (photo)