Marius BODEA, President of the Board of the Iasi Airport: "Iasi - Timisoara soon" 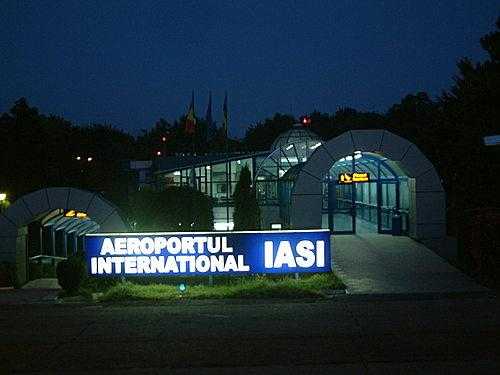 Marius BODEA, President of the Board of Iasi Airport: "Iasi - Timisoara soon"

During this day, IASI Airport presented the traffic figures on 2015. According to them, over 380 000 of passengers flew to / from IASI, propelling the airport to the 3 place in the ranking of regional airports in Romania.

Analyzing the communiqué, I was struck by the statement of Mr. Marius BODEA, President of the Board of the Iasi Airport:

"We want to strengthen the relationships, the portfolio of routes with our current partners, for which we will be very seriously involved. We believe in the idea of ​​mutual respect to those who participated with us in this broad development process. We also hope that the year 2016 will bring new partners, if we refer to airlines, but the details of this decision can be announced only if these discussions materialize. Anyway, we hope that soon we can confirm the opening of the internal route Iasi-Timisoara, and it is very likely that even in 2016, even if it is not until the end of the year, one can fly directly from Iasi to Madrid, an extremely requested destination in the last period. ”

I am glad to see the high number of new routes to / from the Romanian airports, which will be opened this year. At the same time, I notice that the TAROM monopoly is beginning to be broken on the internal routes. In 2015, Blue Air opened Iasi - Bucharest, and prices dropped sharply, even to 54 lei / segment (12 January 2016 promotion). In 2016, starting in November, Ryanair will operate 2 daily flights on the Timisoara - Bucharest route. We are waiting to see which low-cost operator will also enter Cluj - Bucharest, a route with very high potential.

At the same time, I notice an increasing need for domestic flights between Timisoara - Iasi, Timisoara - Constanta, Cluj - Constanta and the list can continue. Mrs. Corina Martin is negotiating for the internal routes to Constanta, but for the moment, without any notable results. At present, it is very difficult, it costs a lot and is wasted time by car / train on these routes. If we don't have highways, we have airports. Now we just have to link them together.

Returning to the statement of Mr. Marius BODEA, we are curious what airline will enter Iasi - Timisoara. Is it TAROM, Blue Air, Ryanair? Will it be seasonal or permanent?