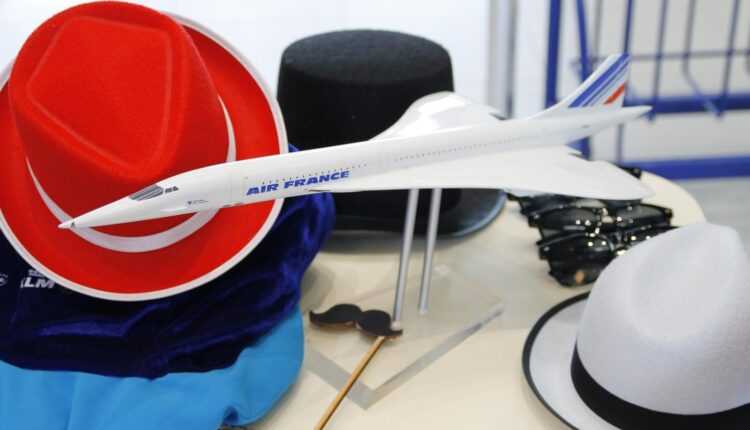 On the occasion of the National Day of France, on 14 July, the airline Air France in partnership with Bucharest National Airports Company organized an event dedicated to all passengers at the airport on this day. The event took place in the New Terminal - Departures of Henri Coanda International Airport, starting at 12: 00.

France day celebrated on Henri Coanda airport began with a reception for personalities, press, clients and travel agents and spread throughout the day with surprises for passengers.

There were times French can-can, type catering French Gourmet, French desserts, a relaxing corner and many other surprises prepared by the organizers, all on the romantic rhythms of French music. At the same time, throughout the day, vintage aviation films and images were broadcast on the projection area.

On this occasion, Air France also organized an exhibition with the new visuals included in the Air France image campaign - "France is in the air". The visuals will be admired by passengers until 1 August 2014.

The organization of this event did not affect the passenger traffic. During the day, passengers were waiting in the new terminal area to celebrate the National Day of France along with the National Airports Company of Bucharest and Air France, which offered discount vouchers to all passengers at the airport.

Air France, together with its regional subsidiary HOP !, operates 1.500 daily flights both in France and in the rest of Europe and worldwide. Its fleet comprises 374 aircraft.

AIR FRANCE KLM is one of the largest players in air transport worldwide, and a market leader in long-haul flights departing from Europe. In 2012, AIR FRANCE KLM transported over 77 millions of passengers and over 1,4 millions tonnes of cargo. The company's fleet consists of 573 aircraft, and the network covers 243 from destinations in 103 countries through the hubs of Paris-Charles de Gaulle (one of the largest airports in the world) and Amsterdam-Schiphol.

Air France and KLM are member companies of the global SkyTeam alliance that has 19 members and offers passengers worldwide access to a global network of over 15.500 flights to over 1000 destinations in 187 countries.

"Chic stewardess cocktail" - the first party of stewardesses in Romania