Norwegian offers free Wi-Fi on flights across the Atlantic 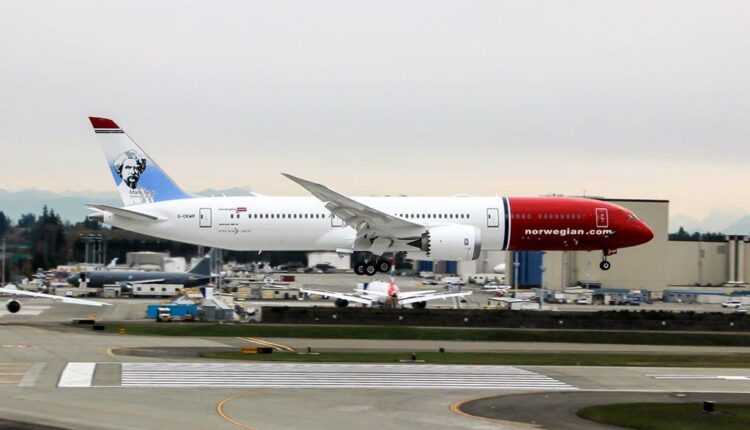 Norwegian offers free Wi-Fi on flights across the Atlantic

By Sorin Rusi Last updated NEVER eat. , NEVER
0 164
Share
Delayed plane? Flight canceled? >>Claim compensation now<< for delayed or canceled flight. You can be entitled to up to € 600.

At the end of 2018, several rumors announced the "bankruptcy" of Norwegian. here, the reality is not the one desired by some "analysts". At least not during this period.

It is true that Norwegian is in a process of reducing costs, that does not mean that it will reduce the quality of the services offered to passengers.

Thus, the 2019 year begins with very good news for those who choose to fly with Norwegian.

Free Wi-Fi on flights across the Atlantic

The Norwegian low-cost carrier is the first in the world with free Wi-Fi on long-haul flights. It is true that speed is not the best either, but it goes well as long as you can stay connected on social networks, upload a photo and, if you're lucky, can exchange emails.

For those who want faster internet speeds, Norwegian also has the Premium package, which allows users to watch movies and TV shows on Netflix, Youtube and Hulu. All these actions can be done on their own equipment: phones, tablets, laptops.

The premium package with high speed Wi-Fi costs 14.99 $ for 3 hours. Very good price considering the fact that you can fly over 10 000 meters and enjoy your favorite series.

The first Boeing 787-9 Dreamliner Norwegian aircraft, which comes equipped with Wi-Fi technology on board, was delivered on 18 in December. G-CKWP is registered and Mark Twain painted on his tail.

The new aircraft has entered operational service, which means that passengers can benefit from free Wi-Fi throughout the long-haul flight. The aircraft flies on the routes London - New York, London - Buenos Aires, London - Boston, London - Oakland and many more.

Until 2020, Norwegian plans to equip over 50% of the Boeing 787 Dreamliner fleet with Wi-Fi on board. From January 2019, and Boeing 737 MAX aircraft will be equipped with Wi-Fi.

It is important for Norwegian to find its financial balance and to further develop its operational network and passenger-oriented services.

TAROM is playing "black white" with the routes. Today they are launched, tomorrow canceled.