The new Aegean livery and the first Airbus A320neo aircraft 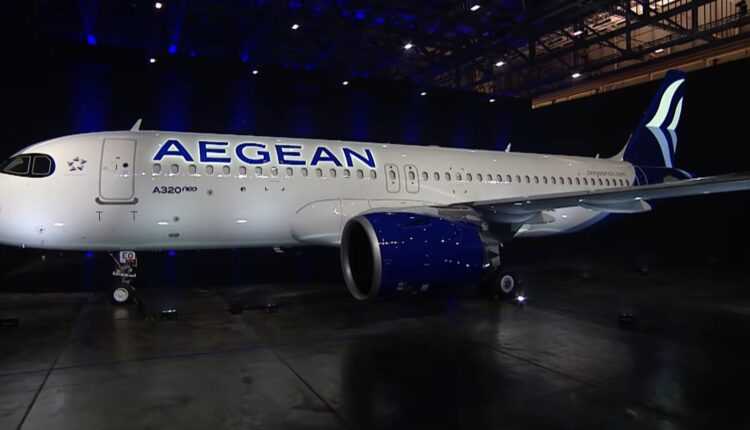 The new Aegean livery and the first Airbus A320neo aircraft

The new Aegean livery was unveiled. It was painted on the new Airbus A320neo aircraft. Aegean invites us into a new era of development and flight experience.

Over the next 6 years, Aegean Airlines will invest over $ 500 million / year to expand and modernize the fleet. By the summer of this year, the Greek carrier will receive another 3 A320neo aircraft. That translates to an additional 1.5 million seats (19 million seats total by 2020). The 6 A320neo aircraft will contribute to the expansion of the Aegean network, reaching 155 destinations in 44 countries.

Presentation of the new Aegean livery on the Airbus A320neo

Each new aircraft will make a significant contribution to the Greek economy. The number of passengers / tourists transported from / to Greek destinations will increase. And, at the same time, it will lead to the creation of 70 new jobs in Aegean and in airports.

For Aegean, the year 2020 is a new beginning, with a new visual identity, new aircraft and services at height. In the next 24 months, Aegean's development team will design new products and services for unforgettable experiences offered to passengers.

The first Airbus A320neo aircraft will enter operational service from February 14, on the Athens - Munich route.