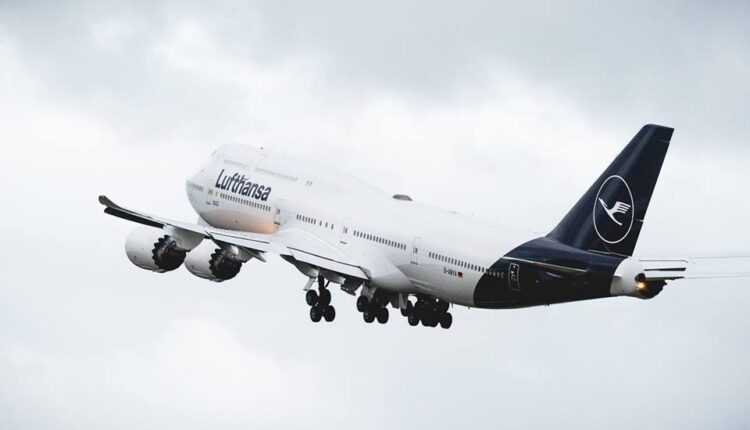 Lufthansa is officially launching the new livery. The long awaited event will take place on 7 February. The change in livery comes in a year when the iconic cocoon (the one on the tail) turns 100 years old.

By Sorin Rusi On NEXT Feb , NEVER
0 244
Share FacebookTwitterPinterestLinkedinWhatsApp

Last day, the new Lufthansa livery could be admired on a Boeing 747-8i, indicative of D-ABYA. The aircraft was painted in the Rome hangars. Subsequently, the aircraft flew to Hamburg to receive the new interior.

The new livery is in ... white and blue. After many years, the yellow color disappears from the color scheme. Some graphic elements were also restored. I would have liked the engines to receive the new color from the Lufthansa livery as well. It would have stood out more. 1100 liters of paint were used to apply the new livery to the 747-8i.

The eagle has landed. Now the colleagues from @LHTechnik in Hamburg is in charge of the new interior design.
Many changes, but good will remain. @BoeingAirplanes #LufthansaBlue #ExploreTheNew pic.twitter.com/qocDzgK5d0

Good morning from the flight deck. Not from any flight deck, but from our pilot @wilco737 in the #B747 in the new Lufthansa livery. #LH9877 #LufthansaBlue #ExploreTheNew pic.twitter.com/O9e08CNeNR

1,100 liters of high-gloss paint - just the best for our Queen of the Sky.
Many changes. Good remains. Part 6 #LufthansaBlue #B747 pic.twitter.com/AGOuOFF2Dx

Personally, the new livery does not delight me, but it does not displease me. Blue remains our favorite color! Opinions?