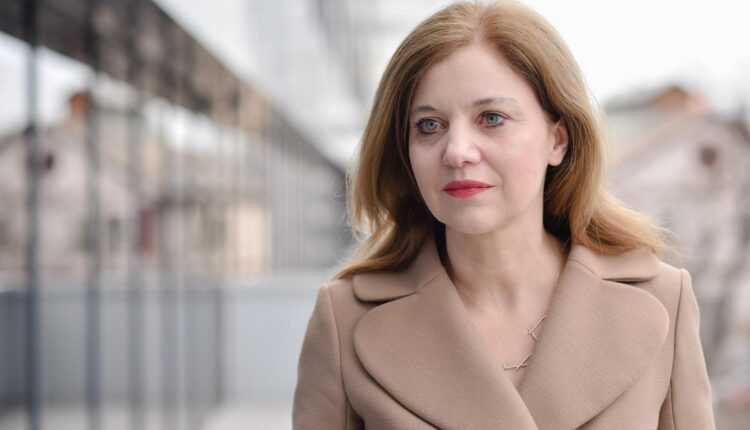 By Sorin Rusi Last updated NEVER, NEVER
0 469
Share FacebookTwitterPinterestLinkedinWhatsApp
Delayed plane? Flight canceled? Claim compensation now for delayed or canceled flight. You can be entitled to up to € 600.

Blue Air, the largest Romanian airline according to the number of passengers carried, announces the appointment of Oana Petrescu as General Manager.

Oana follows Marius Puiu who, since September 2018 has been acting interim CEO. Marius will continue to stay with Blue Air and return to his biggest passion: being in the cockpit.

KLM states: Romanians are not obliged to enter isolation…

The investigation into the serious incident has been completed…

He is confident in the future of the company and in the ability of the new team to ensure sustainable growth. “It was a real honor and pleasure to be at the helm of this company. Blue Air is at its best to continue the climb with Oana Petrescu and the new management team ”.

He has 28 years of experience in finance, IT and business management, with exceptional results in increasing the operational and financial performance of the companies he worked for.

Previously, Oana was an audit, risk advisory and consulting partner at Arthur Andersen, Ernst & Young, and Deloitte and executive vice president at the Romanian Commercial Bank after privatization.

As the new CEO of Blue Air, Oana Petrescu will have as a priority the fulfillment of the company's vision: to become a leader among the airlines of Central and Eastern Europe, with a business model based on reducing complexity.

Oana Petrescu, the new CEO of Blue Air: “Blue Air has many opportunities, and to increase our commercial and operational performance we will adopt a business model adapted to the current market, respectively Low Cost - Low Complexity. I trust the Blue Air team of professionals and I am sure that together we will significantly improve both our communication with our passengers, as well as their experience at the airport and in flight. ”

The recent appointment of Oana Petrescu ends the process of organizing the Blue Air management team, now formed by:

Dana Popescu (Chief Financial Officer) has 20 years of experience in financial consulting and services at Arthur Andersen, Ernst & Young, Bancpost, Erste Group and Vodafone. Dana joined the Blue Air team in May 2018 as head of the directorate for controlling and performance management, and has now taken over the responsibilities of Chief Financial Officer.

Aurelian Bobei (Chief Technical Officer) took over the responsibility of Blue Air's technical team. With an experience of 24 years in aviation, in Blue Air company since May 2007, Aurelian was Engineering and Planning Manager, later Continuing Airworthiness Management Organization (CAMO) Director and, starting with April 2019, took over the responsibility of coordinating all the activities of management and maintenance of the aircraft fleet in safe and efficient conditions. Aurelian completes Blue Air's management team as Chief Technical Officer.