It's not a dream. From October 28 you will be able to travel on a low cost basis with Laudamotion on the Bucharest - Vienna route. Moreover, you will also find prices from 5 € / segment.

On 28 October, Laudamotion will inaugurate the Bucharest-Vienna route. Daily flights will be operated.

If you are in a hurry, you will be able to find rates from 5 € / segment at the end of October, but also rates from 14.99 € / segment in November and December. It is an opportunity to travel to the Austrian capital at unbeatable fares for this destination. 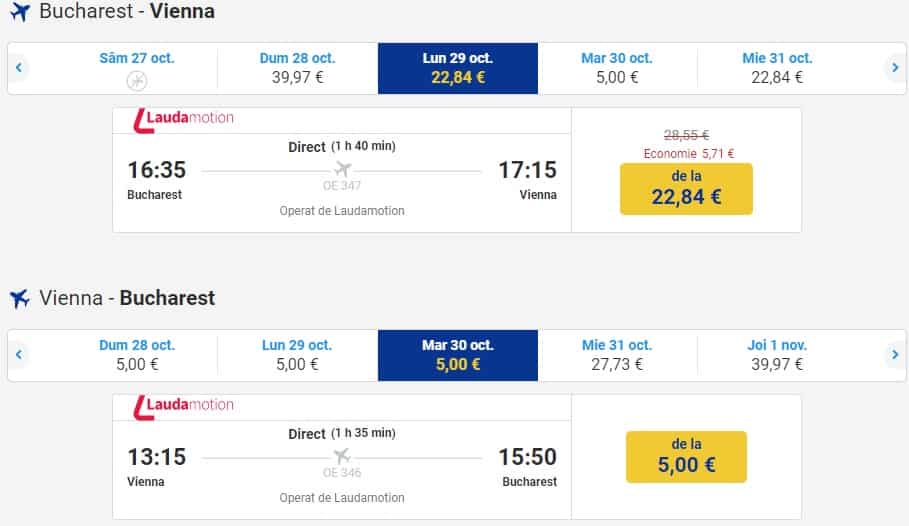 We mention that this is the lowest rate available, where you do not have many benefits included. If you do not want luggage and are not picky, you can call Laudamotion. The same applies RYANAIR luggage policy.

We remind you that the new Austrian airline - Laudamotion - was founded by Niki Lauda on the "ashes" of FlyNiki. Then RYANAIR has taken over 75% of Laudamotion and implemented the plan with which the Irish carrier conquered Europe.

You can make some interesting combinations and fly cheap to different destinations in Europe, some even pleasant in the cold season.

Airborne landing for an Airbus A319 Air France in Birmingham