Offers, offers, offers and again offers at airline tickets. The turn of the people has arrived LOT Polish Airlines to come out with very good rates for destinations in North America: New York from 429 EURO, Toronto from 329 EURO, Chicago from 369 EURO. The promotion is valid until January 15, 2016. The travel period must be between January 15 and March 15, 2016. 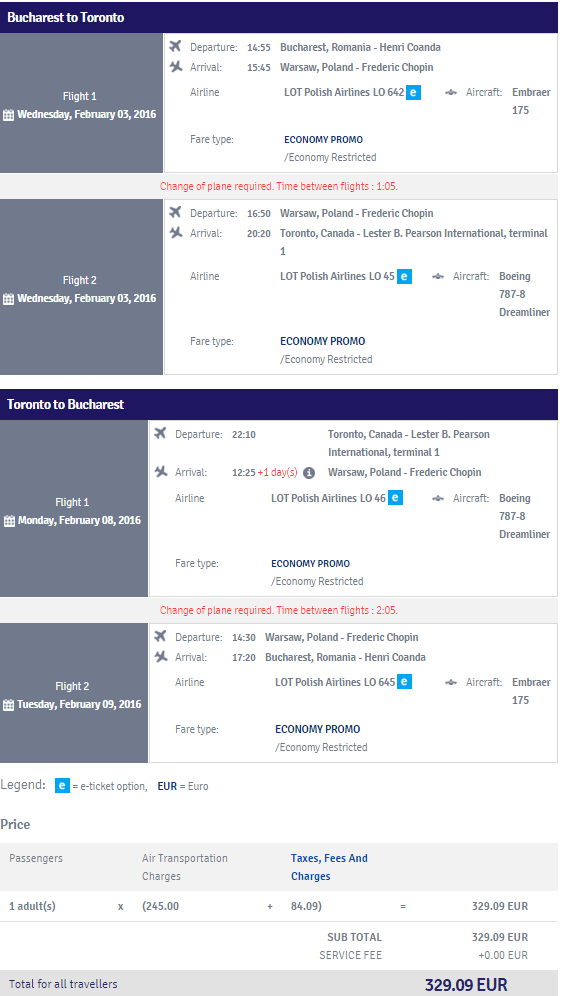 I simulated for Bucharest - Toronto, and the tariff is confirmed. You can also search for the desired destination and the preferred time interval, but to fit in the conditions of the promotion.

Flights to Warsaw are operated by Embraer 175 aircraft, and long-haul aircraft Boeing 787-8 Dreamliner. LOT was the first airline operator in Europe with the 787 Dreamliner in the fleet. The first Boeing 787 LOT aircraft was delivered in November 2012.