[Ryanair offer] Tariffs from 23.99 EURO on the routes Bucharest - Bologna and Bucharest - Milan

Ryanair, to celebrate the increase of its own traffic on Bucharest Airport, but also to mark 30 years since the date of the first flight, it has put on sale tickets at the promotional price of 23.99 EURO on the routes Bologna and Milan, with departures between October and November. They can be booked on the Ryanair.com website from yesterday, July 14, until Monday, July 20, so increase bookings.

On the route Bucharest - Bologna, we found fares from 19.99 EURO / segment for the period October (starting with October 25) and November. 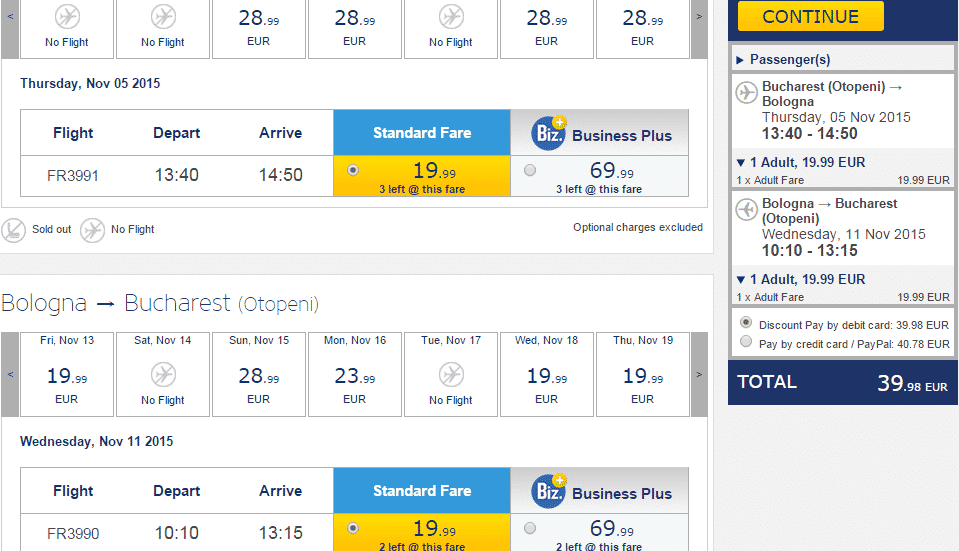 On the route Bucharest - Milan, we found fares starting from 19.99 EURO / segment. The promotion has not been confirmed, but the prices are good. 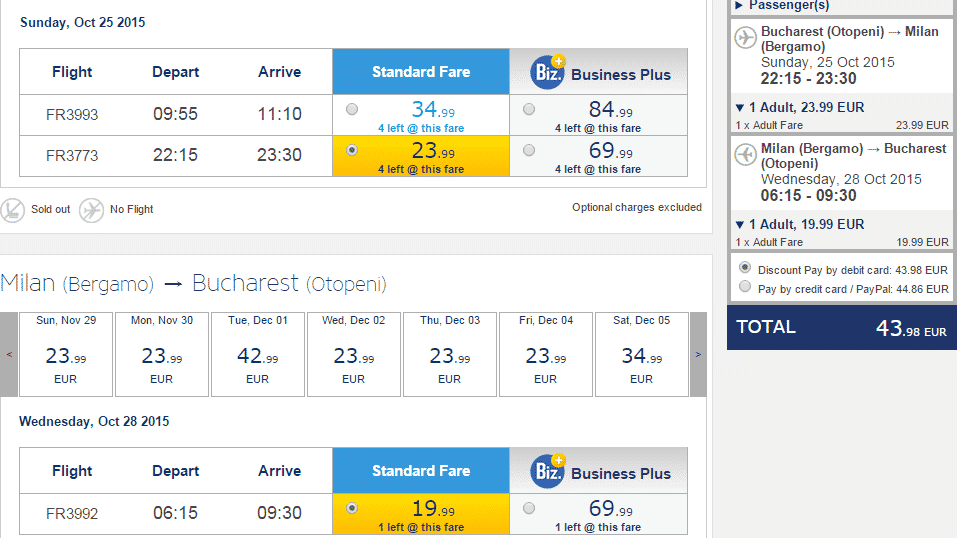 Ryanair flights operated during the 2015-2016 winter schedule, from and to Bucharest