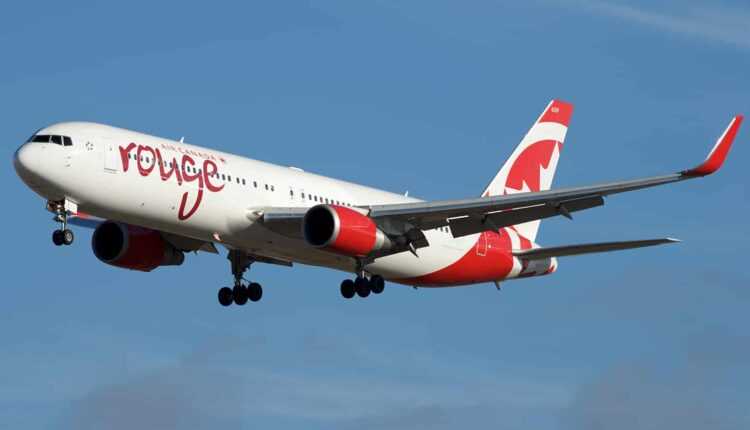 Officially, Romania will have direct flights to Canada with Air Canada Rouge

Here are some information from the market, some of them being released as teasing. In the 2018 summer season, Air Canada Rouge will operate flights from Montreal and Toronto to Bucharest.

About 10 years have passed since the last direct flights between Romania and North America. Solutions have always been sought, but without success until this announcement, for the relaunch of long-haul flights departing from Bucharest.

The decision of the North American company was taken following the negotiations with the heads of the National Company Bucharest Airports, which convinced Air Canada representatives to operate direct flights to the main airport in Romania.

Here that, exactly 10 years after the last direct flight to North America, Air Canada Rouge will open the routes Bucharest - Montreal and Bucharest - Toronto. There will be 2 weekly flights on each route, these being operated with Boeing 767-300ER aircraft.

The first direct flights from Air Canada Rouge to / from Romania are:

The flight duration from Bucharest to Montreal will be 9:35 hours, and the flight Montreal - Bucharest will last 8:55 hours. Although the announced prices start at $ 899 (round trip), on our simulations we found even cheaper, with rates from $ 377 / segment.

The flight duration from Bucharest to Toronto will be 10:15 hours, and the flight Toronto - Bucharest will last 9:25 hours. Although the announced prices start at $ 899 (round trip), on our simulations we found even cheaper, with rates from $ 406 / segment.

We remind you that Air Canada Rouge is a subsidiary of Air Canada, specializing in low-cost long-haul flights. Its Boeing 767-300ER aircraft are configured in 2 classes: Economy and Premium Economy.

Hopefully, these routes will become permanent. We remind you that from December 1 2017, Canada will lift visas for Romanians.

Repair works on the track no. 1 of Henri Coanda Airport