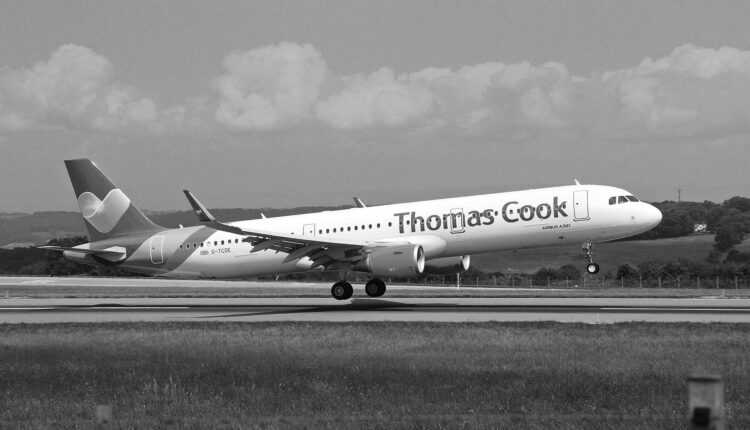 For many in the tourism industry, the bankruptcy of Thomas Cook UK is not a surprise. The Thomas Cook Group has shown many signs of weakness since 2017.

It was only a matter of time until Thomas Cook Group ceased operations in all segments, at least the UK subsidiaries. The international press talks about reckless investments, 21st century non-adaptation, actions that led to huge losses. Thomas Cook UK's total losses are rumored to reach 1.2 billion.

At twelve o'clock, ie in 2019, Thomas Cook UK's leadership began to think seriously about economic recovery solutions. Unfortunately, all the actions learned were in vain. In recent days, negotiations have been held with the shareholders, suppliers and creditors of the Thomas Cook group. But the inevitable happened.

On 23 September 2019, after 178 years since its inception, Thomas Cook immediately ceased his activity. Over 600 000 of tourists are affected by this bankruptcy. Over 150 000 are from the UK, and the British government is preparing for the largest repatriation, in peacetime, in the world. Operation Matterhorn has begun.

The British Government and the Civil Aviation Authority UK (CAA) are working together to repatriate all tourists affected by this bankruptcy. I would like to point out that everyone who has their final destination in the UK will benefit from repatriation, including tourists from other companies who have taken their holidays through Thomas Cook.

51 planes have been leased, which will operate over 1000 flights over the next 2 weeks. Tourists will be transported at the end of each holiday. Authorities said no one should shorten their vacation or go to the airport without checking the status of their planned flights.

Over 50 000 of Thomas Cook tourists are stranded in Greece

More than 50 Thomas Cook tourists are stranded in the Greek islands, and more than 000 Britons are stranded in Turkish destinations. But the first flight will be operated on the New York - Manchester route.

For other tourists, Thomas Cook, who has to travel to other countries around the world, the hope lies with the ATOL insurer and the authorities of each country.

Over 21 000 of Thomas Cook employees lost their jobs

In addition to the affected people, tens of thousands of people lost their jobs, 9000 being from the UK. And the bankruptcy of Thomas Cook will lead to the collapse of other tourism companies and other related industries. However, we are talking about a mastodon, which owned airlines, travel agents, hotel chains. All of these subsidiaries had business connections with many service providers and goods.

This bankruptcy is shaking up the tourism industry. From the bankruptcy of Thomas Cook are some lessons to be learned. There are certainly many questions too, such as "Why didn't the British government intervene to save the company?" Or "Didn't find 200 millions of pounds to save Thomas Cook?"

At first glance, the questions are legitimate. With how many assets Thomas Cook Group has, they could use it to get the required amount. But maybe that's not the purpose. Was Thomas Cook bankrupt? We cannot confirm, but it will probably be easier for them to break the Thomas Cook group into other divisions, to leverage assets and creditors to recover their debts. Other companies may appear, under other names, based on Thomas Cook. Remember again the bankruptcy of airBerlin and how the airlines fought over the assets of the German carrier?

It is to be expected what will happen on the UK market. A huge gap has been left, which translates into opportunities for those who want to develop a tourism business.