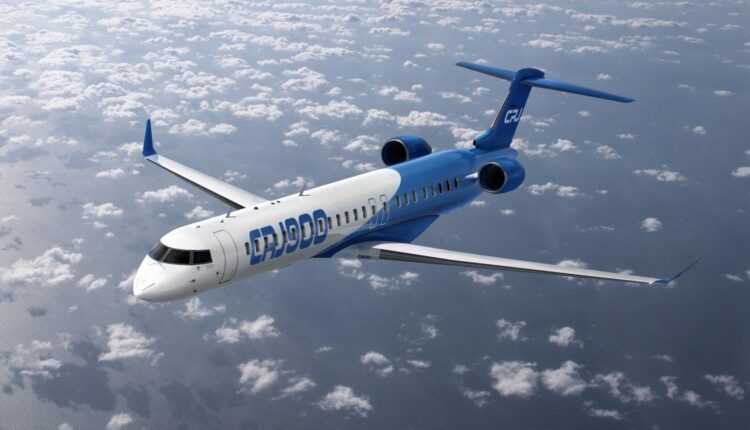 The first information about 10 appeared in June Mitsubishi's intention to buy Bombardier's CRJ program. Both companies mentioned that they are discussions, but that does not mean anything concrete.

At 2 weeks after the rumors, the final decision comes. OFFICIAL, Mitsubishi buys the CRJ program from Bombardier. Will pay 550 millions of dollars for maintenance, support, upgrading, marketing and sales for CRJ Series aircraft. At the same time, Mitsubishi is also taking over 200 million debt.

Bombardier will maintain the CRJ production facility in Mirabel, Québec. It will continue to supply components and spare parts, as well as build CRJ aircraft on behalf of Mitsubishi.

According to the Canadian manufacturer, CRJ production is expected to close in the second half of 2020, as a result of outstanding orders.

Through this transaction, Bombardier withdraws from the civil aircraft construction market and will, in less than a year, leave commercial aviation. We remind you that Bombardier sold the CSeries software to Airbus. And Viking Air has taken over the Q400 program.

We remind you that Mitsubishi has rebranded MRJ aircraft lines in SpaceJet. At the same time, it launched the new SpaceJet M100 model. We can conclude that the CRJ program with its CRJ700, CRJ900 and CRJ1000 planes will be included in SpaceJet with its M75, M90 and M100 models.

Sibiu - New York with Lufthansa, from 380 EURO (round trip)