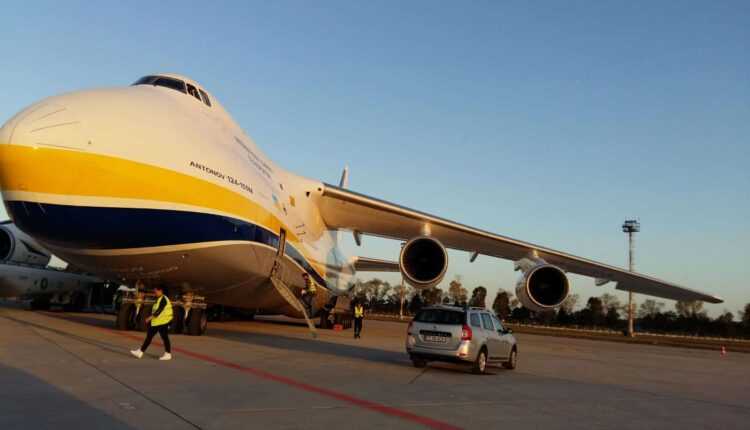 On April 7, an Antonov AN-124 aircraft will transport medical equipment to Romania

Last days I was present to you schedule of cargo flights, which will bring to Romania the necessary medical equipment in the fight with the new COVID-19. According to the calendar, on April 7, an Antonov AN-124 aircraft will land in Bucharest.

The presence of a AN-124 in Bucharest it is not a premiere. This type of plane has been to Romania, even several times. According to the chart, the aircraft will carry 200 suits, visors and over 000 million gloves.

Antonov AN-124 will transport medical equipment to Romania

It is not the only aircraft loaded with medical equipment, which will arrive this month in Romania. UNIFARM Director General Adrian Ionel said that another 12 cargo aircraft will bring the necessary ones to line I physicians: protective masks, goggles, suits, medical equipment and reagents.

On April 9, 20 and 27, three Boeing 747 planes come to Romania loaded with medical equipment. At the same time, regular DHL flights will also bring the various equipment and apparatus needed to fight the new coronavirus.

On April 14, another Antonov AN-124 will land in Bucharest. It will come from Zhengzhou, China. On April 15, a Boeing 747 Silkway West Airlines will land at Henri Coandă - Otopeni International Airport.

"They are not the only transports that will come to Romania. Many other equipment will be brought in by land from the Netherlands and Austria. The goods that will come will provide the necessary for 2 and a half months from this moment ", Adrian Ionel also declared.

Wizz Air flights operated from Romania between 6 and 17 April.

TAROM suspends flights to Austria, Belgium, the UK and the Netherlands.