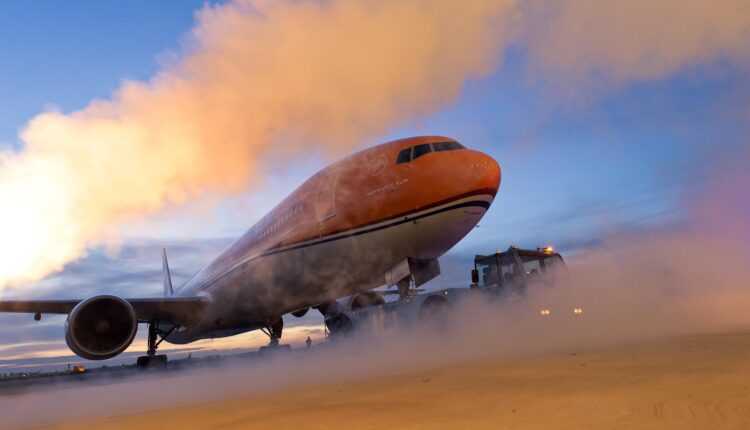 On June 14, KLM presented the Boeing 777-300ER (PH-BVA) aircraft in #Orangepride livery. KLM blue was combined with the representative orange of the Netherlands. The Dutch flag was also applied in the transition area between the 2 colors. The story of this campaign started in 2015, on King's Day, with the posting of an image with a Boeing 777-300ER KLM in orange livery. At that time, KLM fans were presented with an image of an orange aircraft, along with the question: “Should we color ourselves in orange next year, on King's Day? #OrangeExperience ”. After 30.000 likes and 2.500 positive responses, KLM presented its aircraft.

The aircraft will operate long-haul flights from the KLM portfolio, including on the Rio de Janeiro - Amsterdam route. On August 22, KLM will use the orange Boeing to operate the "Medal Flight", transporting Dutch heroes from the Olympic Games.

For the new color scheme, KLM used 335 of liters of paint. The colors were applied in multiple, thin layers, requiring less paint. The new livery was applied in 4 days, using a team made up of 35 people.