Our holiday in Lamezia Terme - Parghelia / Tropea (tips and tricks)

Lamezia Terme is a town in the province of Catanzaro, in the Calabria region. It is served by the "Sant'Eufemia" Lamezia Terme Airport. Within an hour by train, Tropea is located with its beaches recognized at European level. According to the online edition of The Sunday Times, Tropea has one of the 20 most beautiful beaches in Europe.

In the middle of June 2017, I took the "lady of my soul" by hand and flew to Lamezia Terme. I took advantage of the Blue Air offers, which included 4.99 EURO / segment airline tickets. The promotion appeared at the end of March, with the launch of the direct flights Bucharest - Lamezia Terme operated by Wizz Air. It is true that Blue Air flights are operated via Turin.

You just know the mouse sprint when it comes to deals on air tickets. I saw the offer and in 5 minutes I bought 2 tickets for Calabria at an unbeatable price of only 0.76 lei. Normally, the tickets would have cost 92.76 lei. 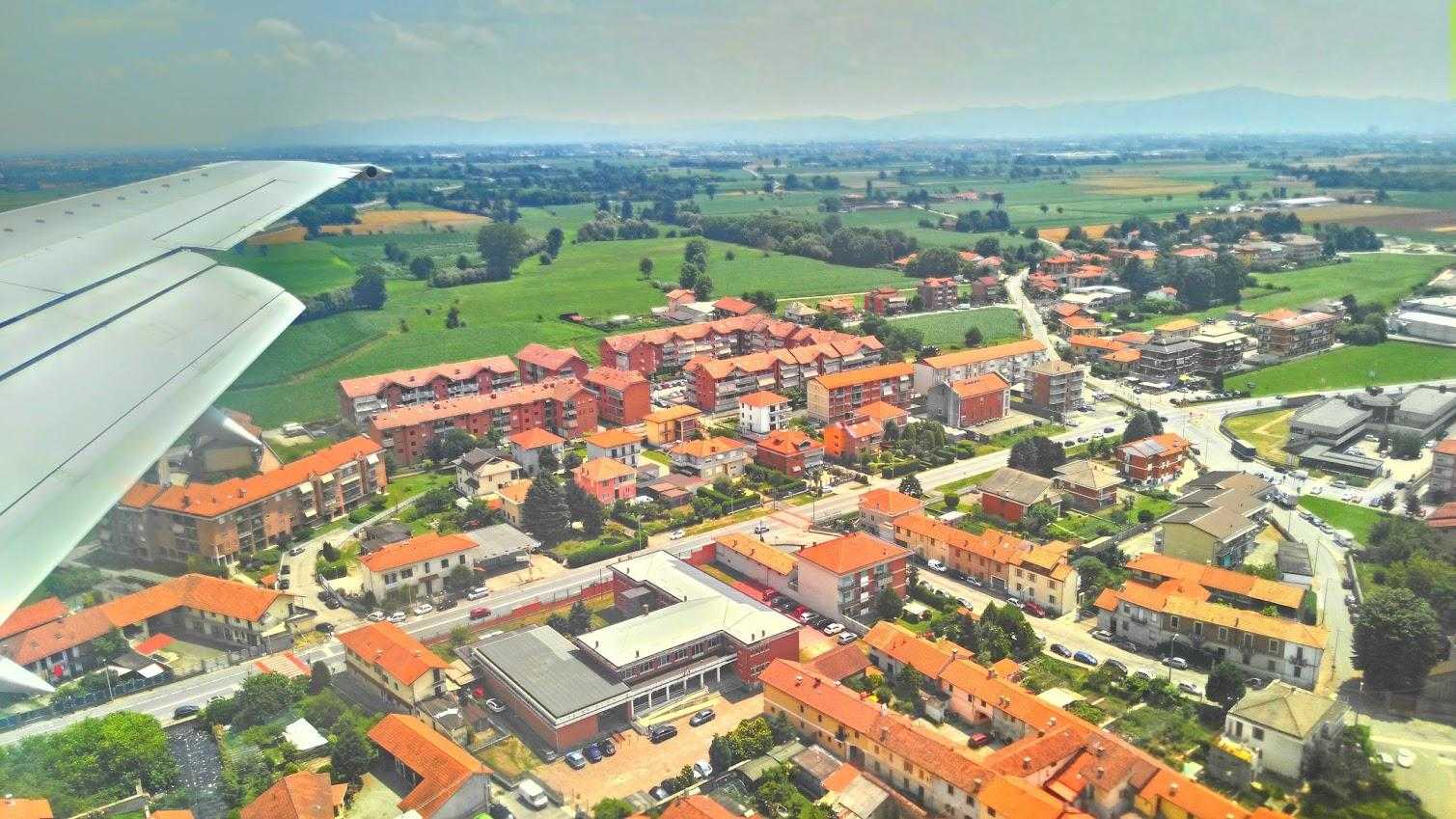 I chose the middle of June because I considered Oana's day and wanted to give her a nice gift. At the same time, the temperatures are acceptable in the region, the atmosphere is pleasant and not very crowded.

When I bought the tickets, I didn't know much about the destination. I began to document myself and so I found out that we will fly to Calabria, and the main attraction of the area is the resort town of Tropea with its beaches recognized at European level.

As our short vacation included only 2 nights, we decided not to venture out to visit the region, but to simply relax at the beach and relax. Thus, I opted for one quiet accommodation in Parghelia, a small town located further north, but very close to Tropea. See also list of accommodations in Tropea!

Because I wanted it to be a pampering holiday, I chose Hotel Residence Piccolo (4 ****), which has the 9.3 note on the booking. It has a terrace with swimming pool, umbrellas and sun loungers, restaurant, bar, private beach segment. The room looked great and was clean, and the amenities were 4 * plus. We can say that it was one of the most beautiful accommodation units we have experienced so far. 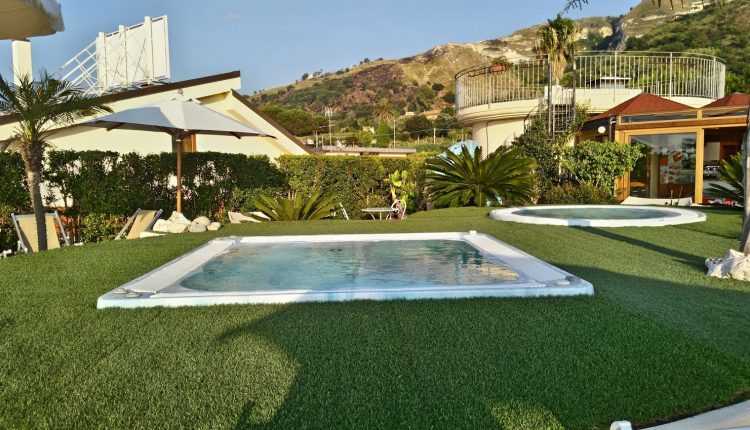 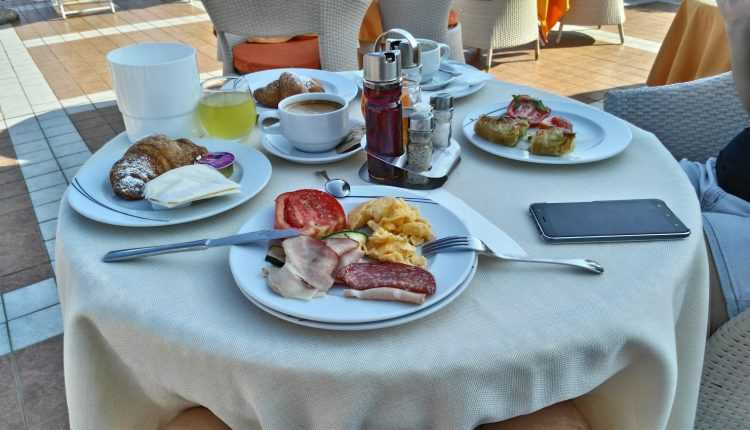 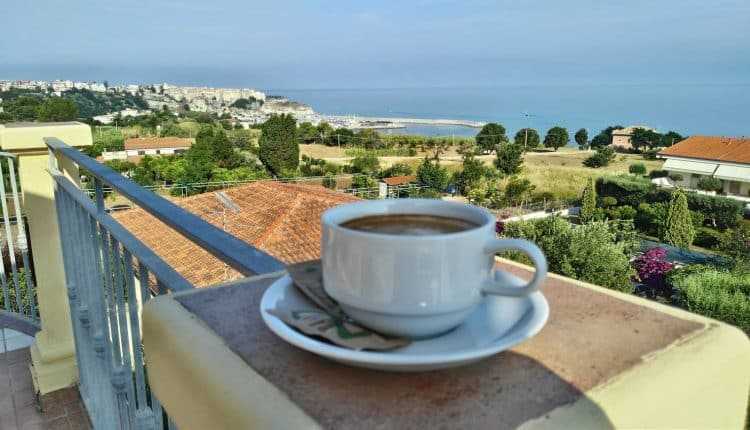 If you opt for Parghelia, know that it is a municipality with just over 1000 inhabitants. There are several shops and restaurants, which work more in the summer. Costs are acceptable if you opt for dining at the restaurant.

One by one, our short vacation in the Lamezia Terme region was beautiful and we want to go. Next time we can stay longer, as we can visit Tropea and its surroundings, but also enjoy the beach. When we were, the water was very clear. Although we were venturing down to our necks in the water, we could still see the fish swimming between our legs. 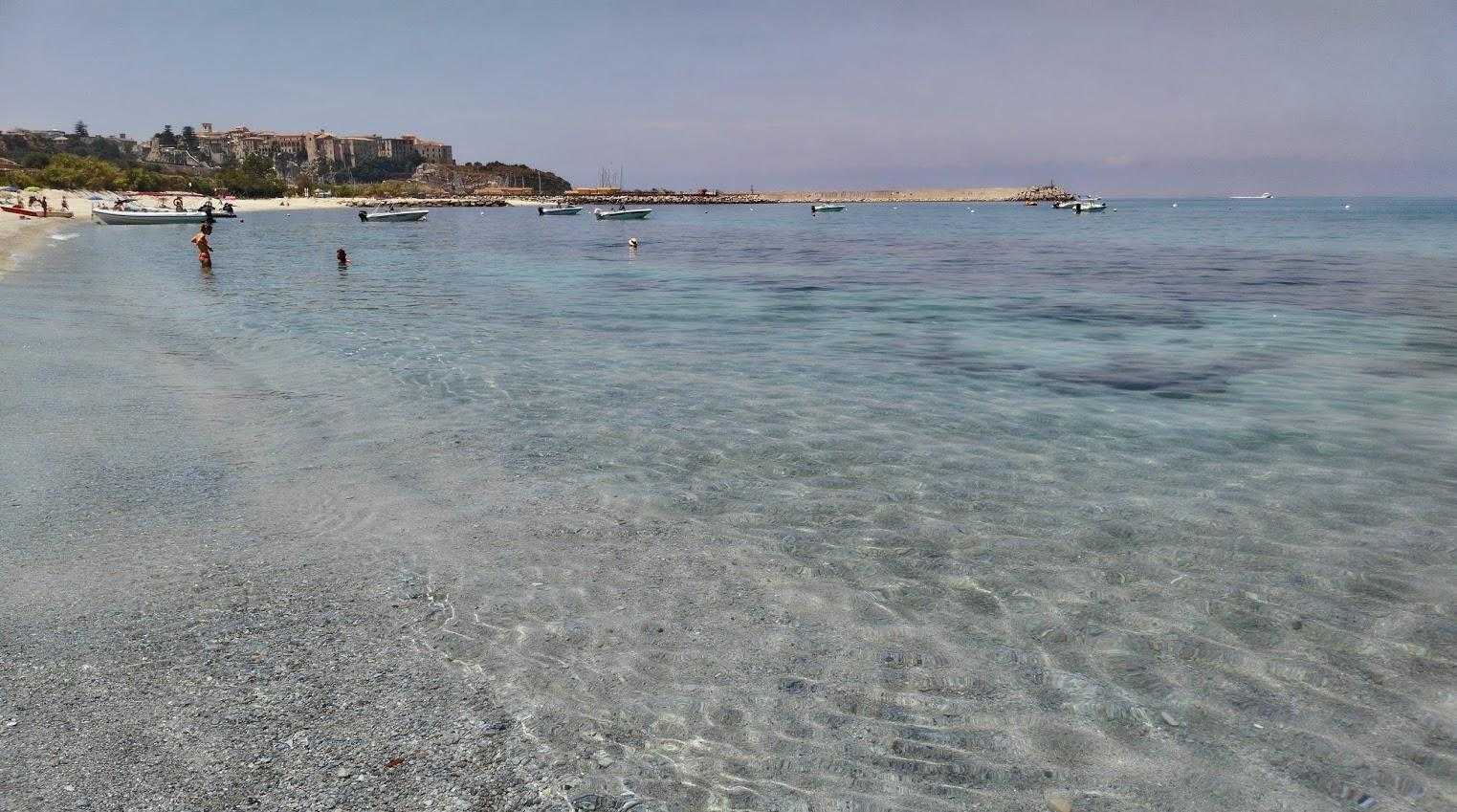 Knowing that many of you have taken advantage of the Blue Air offer, I will continue to tell you about the flight experience and the journey to Lamezia Terme and back.

On the Bucharest - Lamezia Terme segments, the stopover in Turin is about 30 minutes. Normally, the air carrier provides the connection. Our flights were on schedule, so we were within the announced time limits.

We hurried to reach the boarding gate to Lamezia Terme, but the embarkation process had just begun. So we had time to draw our souls and wait quietly to get on the plane.

Once we arrived at the small airport "Sant'Eufemia" Lamezia Terme, we waited to take our luggage from the hold and headed to Lamezia Terme Centrale station. I took a bus from the right side of the "Arrivals" terminal, the only one that connects the airport and the train station. The journey takes about 10 minutes. I advise you not to venture on foot to the train station. There are no pedestrian sidewalks to the station, and the roads are winding, there is also a highway through the area.

The bus ticket costs about 1.5 EURO / person, and tickets can be purchased from a souvenir shop and newspapers, located at the airport, at Arrivals. You can also take return tickets.

CAREFUL!!! The station is not in the town of Lamezia Terme, but at 11-12 kilometers from the city center.

In return, the scale in Turin is higher. You have time to go to the city and take a walk, have lunch, and discover the city of Turin in stride. A ticket from the "Caselle" Airport to Turin costs 6.5 EURO / person, and the journey takes approximately one hour. I traveled with SADEM.

Arriving at Lamezia Terme Centrale train station (a small train station), we went to a terminal for sale tickets to TrenItalia.

Tickets for the Lamezia Terme - Parghelia train station cost 7.4 EURO and the trip lasted about an hour. On the way back, the tickets on the route Parghelia - Rosarno - Lamezia Terme cost 14.8 EURO, and the journey took an hour and 20 minutes. In total, both return tickets cost 22.4 EURO.

The purchase of the round-trip tickets was normal and I paid with the card. We avoided staying at queues at the counter. We recommend that you take the tickets also for return. For example, the Parghelia train station was closed at 6 in the morning.

On our return I took through Rosarno because this was the only suitable combination to arrive on time at the airport, the flight being scheduled at 09: 00. We took the 06: 23 train from Parghelia, changed the train to Rosarno (be careful to change the correct train) and arrived at 7: 40 in Lamezia Terme. Then we took the same yellow bus that left us in front of the airport.

If you want a private transfer or taxi to the Tropea area, the cost is around 100 EURO and the travel time is about the same as the train. By the way, trains in Italy really have speed.

That being said, I leave you to admire a series of photos from our beautiful holiday in Lamezia Terme - Parghelia / Tropea! 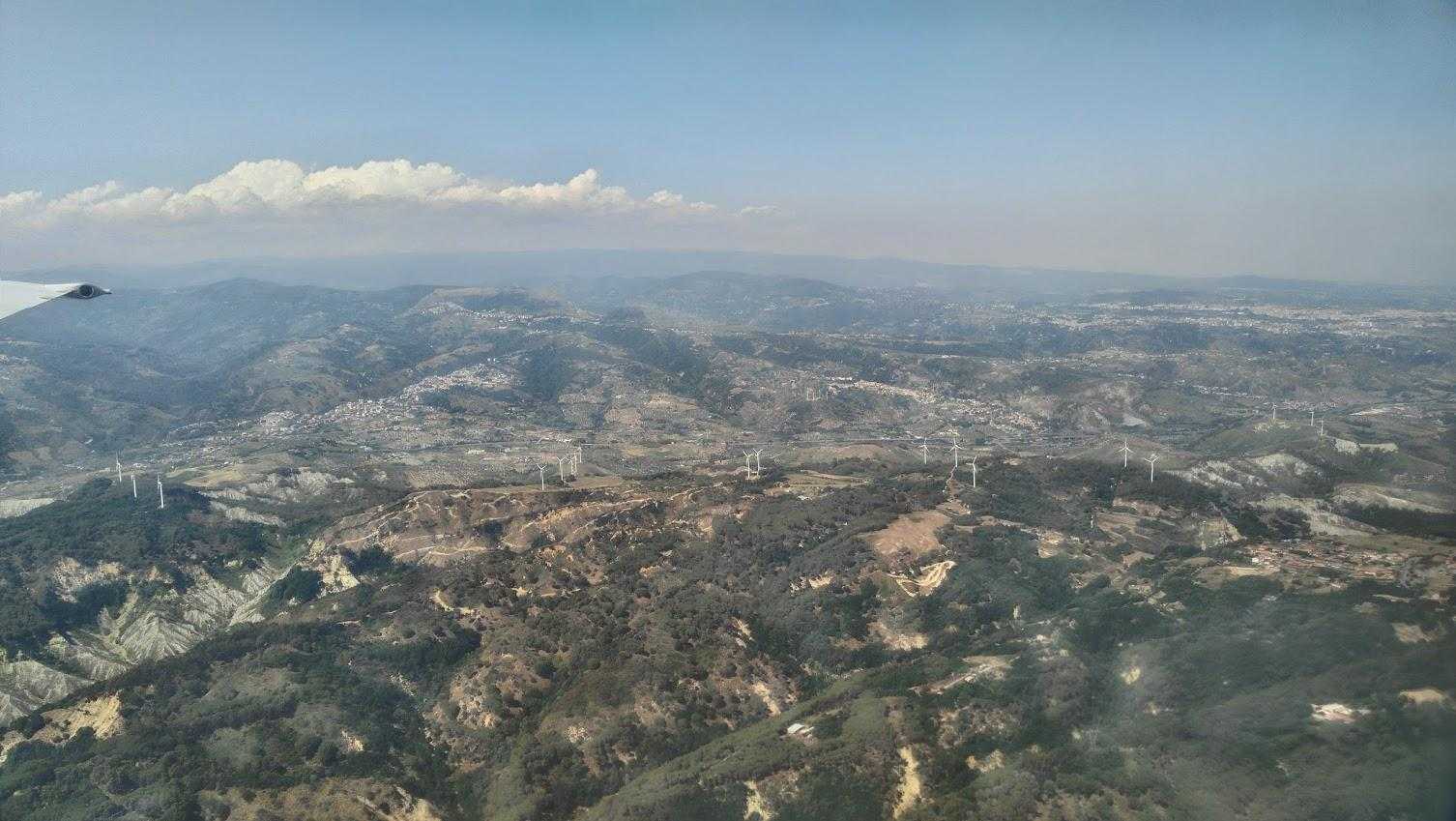 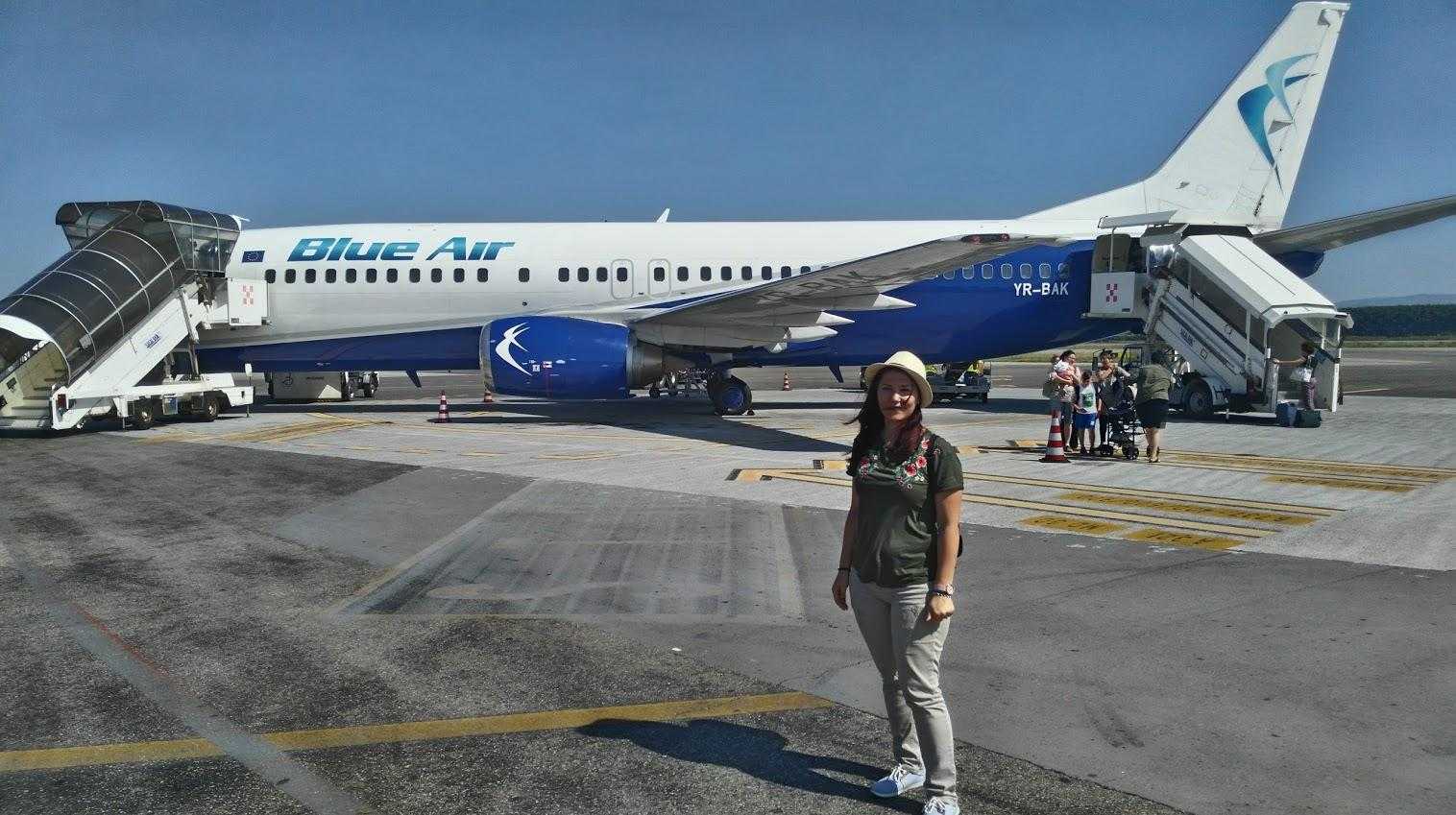 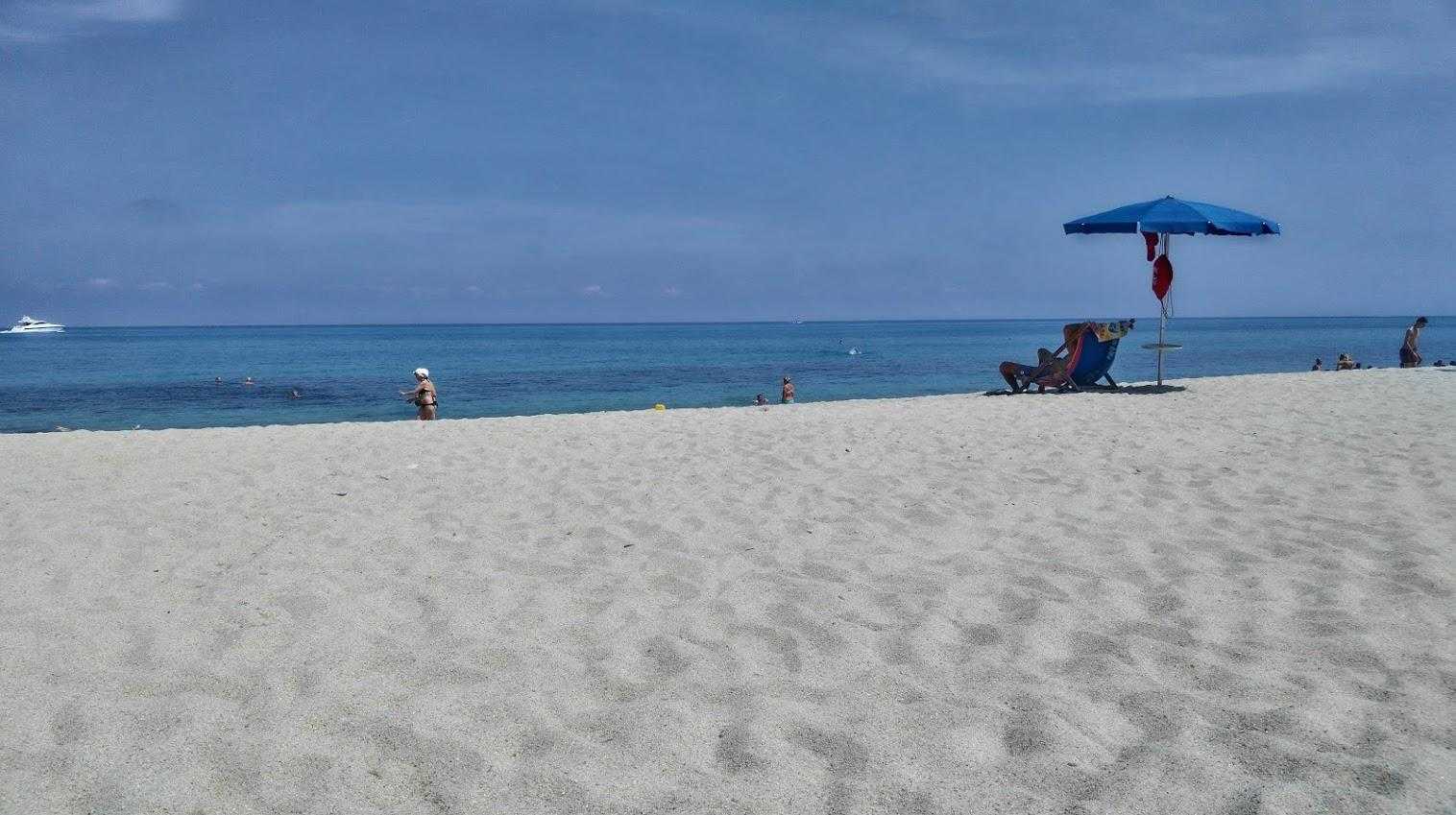 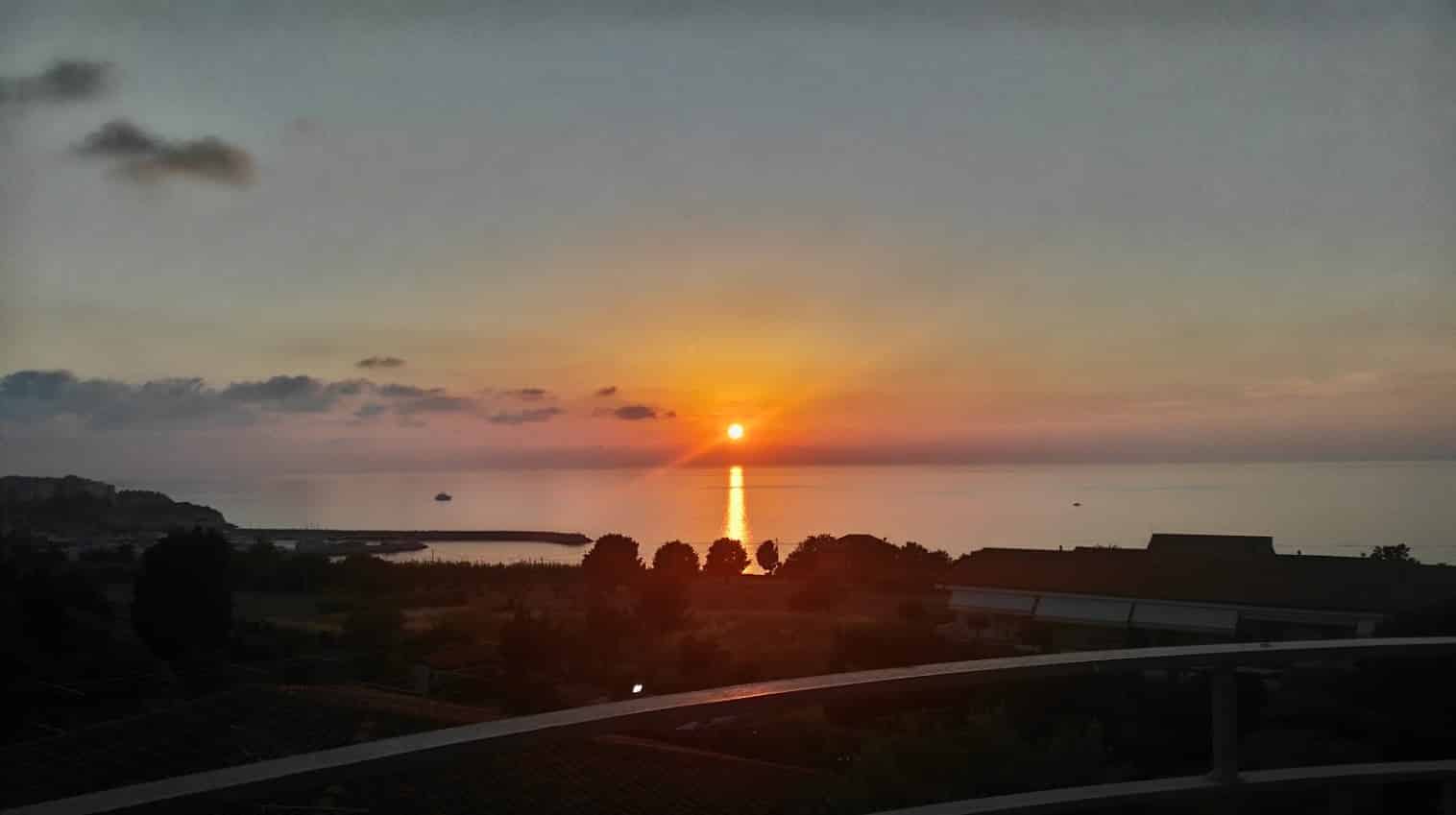 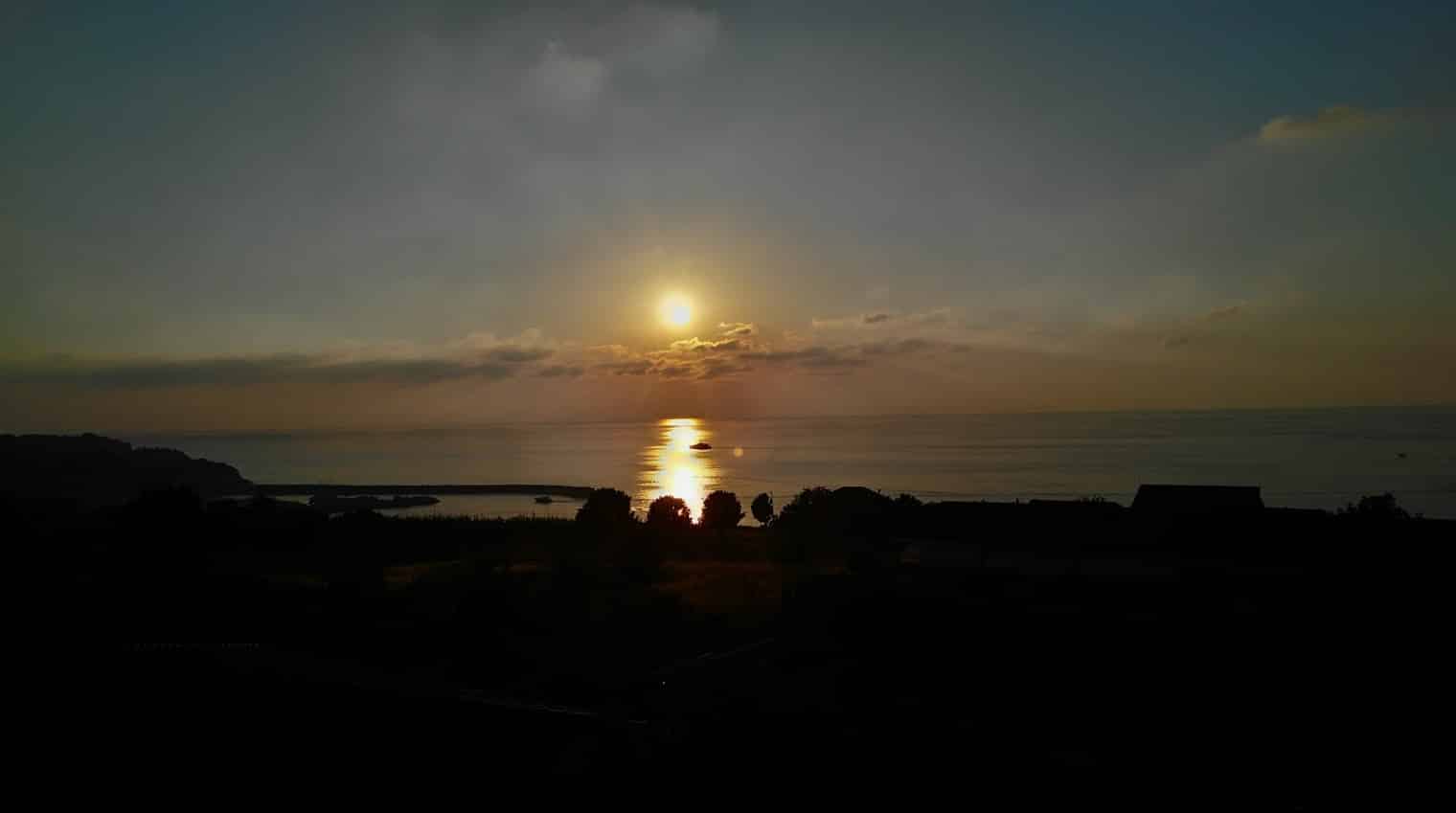 If you have any further questions, we are waiting for you in the comment area!