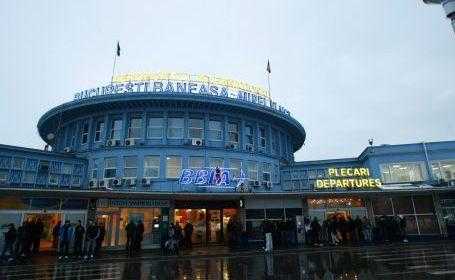 By Sorin Rusi On NEVER, NEVER
0 380
Share FacebookTwitterPinterestLinkedinWhatsApp
Delayed plane? Flight canceled? >>Claim compensation now<< for delayed or canceled flight. You can be entitled to up to € 600.

Wondering what's going on at Baneasa Airport, the former low-cost airline? Probably the same curiosity had also those of ZF. They made a beautiful article on this subject.

Two months after the big move of the low cost companies, Baneasa Airport reports that it is still active. About 25 of landings and take-offs are recorded daily, but most are private flights or school flights.

Of all the flights, which operated at Baneasa airport in the first month after moving the low-cost flights to Otopeni, 40% were private flights and 44% school flights. Also, 7,5% were technical flights and only 2,5% ambulance flights. The rest were cargo, humanitarian, military, or official flights.

Aurel Vlaicu Airport (Baneasa), the oldest in Romania and the second largest in the country, has been in recent years the most important hub for low-cost flights. However, the National Airport Company of Bucharest and the Ministry of Transport decided to close the airport for low-cost flights, for regular flights. In recent years, the number of passengers on Baneasa has increased from just 30.000 passengers in 2002 to 2,4 millions of passengers due to the low-cost airlines Blue Air and Wizz Air, which were forced to move from 25 in March to the Otopeni airport.

But the system and the building at Băneasa Airport looked pathetic. We have been ashamed of this airport for a long time. I think it is necessary for him to be modernized and dedicated to special races. Let's not forget that in May he had a premiere - a Boeing 747 landed on Baneasa.

Malaysia Airlines owns first Airbus A380 in the fleet (video)