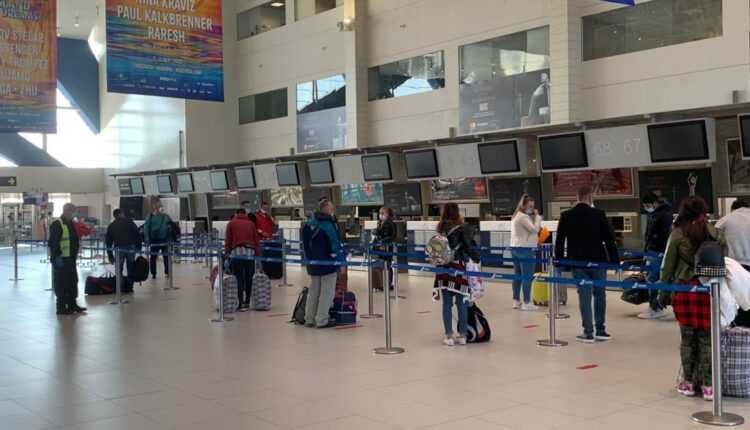 In order to avoid crowding at airports, new operating rules were imposed

By Sorin Rusi Last updated NEVER APR , NEVER
0 140
Share FacebookTwitterPinterestLinkedinWhatsApp
Delayed plane? Flight canceled? Claim compensation now for delayed or canceled flight. You can be entitled to up to € 600.

Concidering the last events that occurred during April 9, 2020 at Avram Iancu International Airport in Cluj-Napoca, in connection with which the General Inspectorate of the Romanian Police (IGPR) announced the opening of a criminal case for the prevention of disease control, at the level of the Ministry of Transport, Infrastructure and Communications, checks are being carried out on a number of aspects that fall within the area of ​​competence of the subordinated structures. Ministry.

Thus, the minister Lucian Bode ordered the investigation of the way the road transports to the airport were organized from the home counties of the citizens who were to fly from the Cluj Airport. Through the Romanian Road Authority (ARR) and the State Inspectorate for Control in Road Transport (ISCTR), it will be verified the reporting of these occasional races performed by road transport operators.

Also, the minister Lucian Bode ordered to elaborate a Ministerial Order regulating the procedure regarding the organization of seasonal workers groups that leave Romania to other countries.

Until the Order is published in the Official Monitor, all charter flights will be processed so that passengers at airports can go to the respective destinations.

The Ministry of Transport, Infrastructure and Communications through the Romanian Civil Aeronautical Authority (AACR) will approve / approve any air transport

Following the appearance of the Military Ordinance no. 8 of 9.04.2020 The Ministry of Transport, Infrastructure and Communications through the Romanian Civil Aeronautical Authority (AACR) will approve / approve any air transport, even from those airports that are subordinated to the county authorities.

The AACR has taken a set of measures since last night, with a communication with all airports in the country regarding the charter flights for the transport of seasonal workers from Romania to other states.

Thus, a guide of mandatory actions has been established having the following coordinates after which the activity in airports is organized:

Last but not least, it was decided to permanently ensure the connection and coordination with the local Public Health Directorates (DSPs) for any security and safety issues of the airport employees, passengers and visitors.