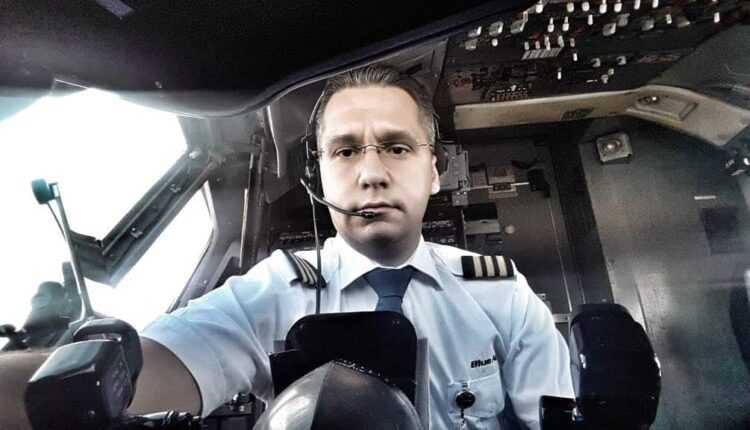 As part of the project "People from aviation", I spoke with Mitefan Mihai Panait - First Officer at Blue Air.

I had Ștefan at the helm of some flights from / to Bucharest within the project ”We unite Romania". He is a very passionate young man of flying and airplanes. He fulfills his professional duties with great professionalism. 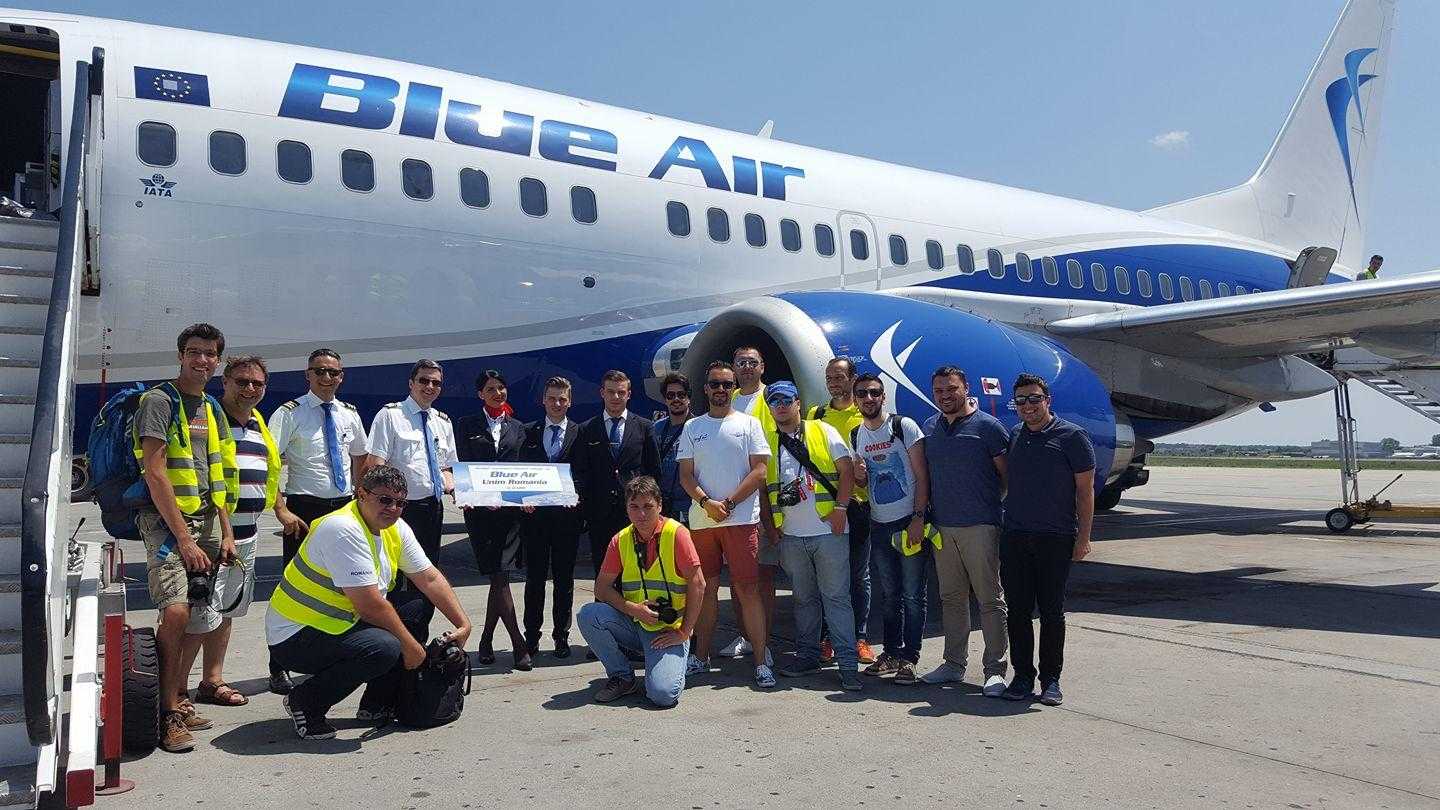 On top of that, he likes to talk with great enthusiasm about the pilot job, and this can be seen in the interview below!

To get acquainted! Are we talking to?

Hello! My full name is Mitefan Mihai Panait, I am 32 for years and I am a commercial pilot on a Boeing 737 aircraft in the company Blue Air. Thank you for this interview, and I also want to congratulate you on promoting the aviation through the airlinestravel.ro project.

Where did your passion for aviation come from and how did you decide to enter the field?

I had a childhood and grew up near airplanes. As a child, I spent my summer holidays at the Strejnic airfield near Ploiești. My mother worked as an air traffic controller. 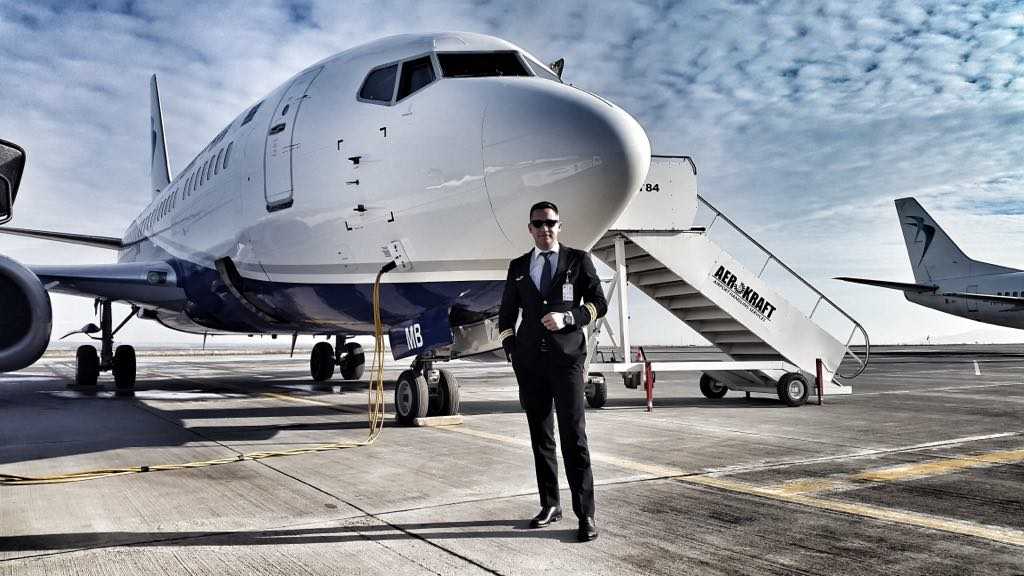 Every time he went to work, he would pick me up. That's how I came to know what aviation means.

When I was old enough to start piloting, I signed up for the Romanian Air Club. I obtained a pilot's license, and a few years ago I joined the team of the Romanian Flying Club, being hired as pilot commander and instructor pilot between the years 2008 and 2016.

What does your job involve and how much of an applicant is it?

Professional piloting involves, first and foremost, a lot of time dedicated to flight preparation. Before each flight, we present to the airport for briefing. Together with the entire crew, we discuss all aspects of flight preparation and planning.

The normal procedures to be followed and the emergency procedures, the collaboration between the crew members, the analysis of the weather and the flight maps and the calculation of the flight performance for the aircraft are taken into account.

Health, physical and mental fitness must be optimal for flight. Most often only when I get home or to the hotel I realize how demanding the flight was.

When I'm in the cockpit, I focus on flight procedures and I don't realize when the time is up.

In addition to the flight, the pilot job also involves continuous documentation. I always study because there are many flight manuals, flight procedures manuals and aeronautical regulations that need to be respected.

Over the course of a year, we are often called to the pilot training center of Blue Air. We do specific theoretical courses, and every six months we go to the flight simulator.

We are trained and evaluated by the Company's instructors and the Aeronautical Authority examiners. We revalidate our flight license every year.

We are also medically evaluated to be able to fly. At the end of the medical examination we receive a new certificate, which is valid for one year.

What was your professional career in aviation? What steps did you take to reach the pack?

As I told you above, I started as a pilot at the Romanian Air Club. I met well-trained aviators who contributed to my training as a pilot. 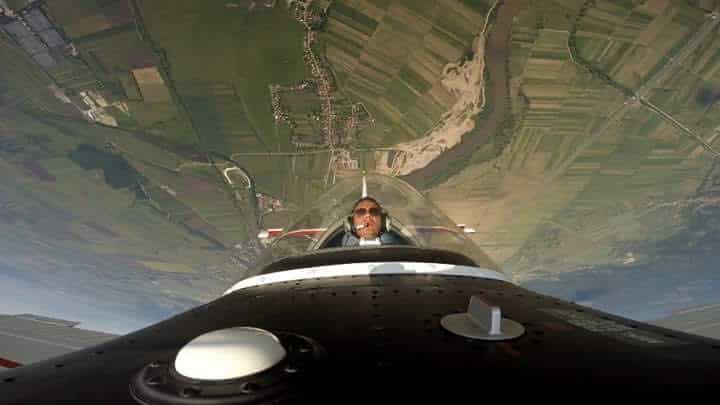 I continued as an instructor pilot, in parallel following the courses of the Higher School of Civil Aviation to obtain the commercial pilot and instructor license.

For 8 years I flew to the Romanian Airfield, being the most important period of my pilot career. I had an intense activation. I was flying as an instructor, training future pilots, I flew every weekend to aviation shows (many you probably know from these shows). In parallel, I worked with the management and management team of the Romanian Flying Club to coordinate the flight activity.

In 2015, I participated in the selection exam for future Blue Air pilots. I was admitted, and a few months later I started training on the Boeing 737.

From 1 to March 2016 and so far I have flown to Blue Air. It is the largest Romanian airline. We have 30 of aircraft with which we fly in over 100 of domestic and international destinations.

With regard to studies, I attended the courses of the Foreign Trade Faculty between the 2004 and 2008 years, and between the 2009 and 2011 years I did post-graduate studies at the Faculty of Aerospace Engineering at the Polytechnic University, Bucharest.

Also, the studies for obtaining the license as a pilot were conducted at the Upper School of Romanian Civil Aviation. 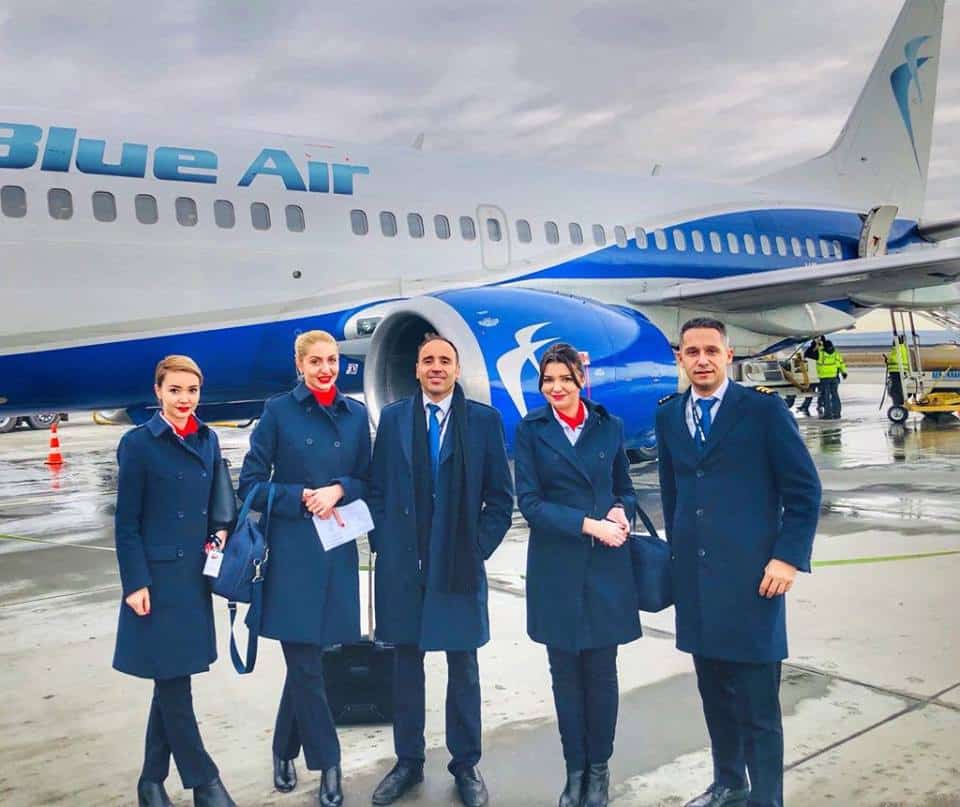 I know you don't have a fixed schedule. How do you divide yourself between work, private life and family life?

The work schedule of a pilot is not fixed because the rest time between races must be respected. If we fly at night, we add extra hours of rest.

Generally we receive the flight schedule once a month and we know where and with whom we will fly in the crew. Between races I rest and try to relax, read and spend a lot of time in the gym.

In your job I suspect there are no monotonous days. Can you tell us how a day at work is going? Have you had ups and downs, pleasant situations and less pleasant ones?

Each flight is different, and a decisive factor is the weather. If it's not a good flight time, things change a lot.

Also, we do not fly daily in the same crew or with the same aircraft. Sometimes it is nice to fly even in special situations. Even if there is an urgency to solve in the cockpit, for us it is normal.

What are your future professional plans? Do you want to stay in aviation or pursue another job?

Of course I want to stay in aviation. I am preparing to become a pilot on the Boeing 737 aircraft at Blue Air. In parallel, I intend to devote more time to flying with students and participating in aeronautical shows.

What advice do you have for those who want to pursue a career in aviation, especially in your field of activity?

Must have a career in aviation. Then register and follow the courses of an aviation school. Personally, I advise them to study hard. It is a very large volume of information that needs to be assimilated.

It is important to start flying from a young age, but it is never too late to fulfill your dream. In aviation, better later than ever.

Good luck, Stephen! Take part in the most beautiful flights and follow your dream. Let's see you on board the Blue Air!

Paris, the city you can't get bored of