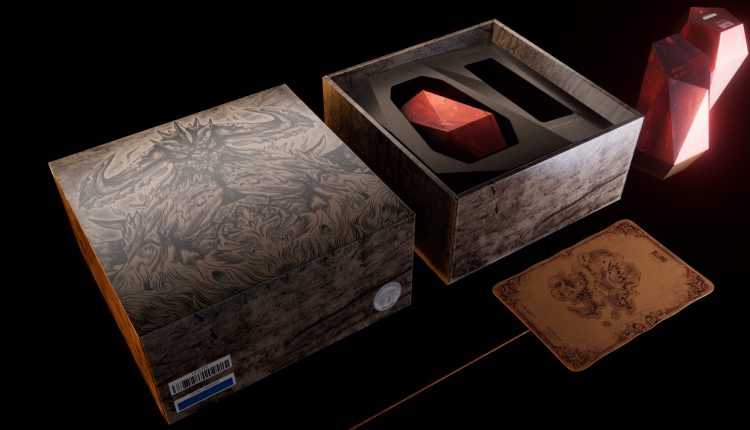 ASUS Republic of Gamers and Blizzard Entertainment announce the exclusive ROG Phone 6 Diablo Immortal Edition, a smartphone pamong those who dare to defend the world besieged by hordes of demons. It is a limited edition gaming phone ROG Phone 6 along with a set of themed accessories.

ASUS Republic of Gamers (ROG) and Blizzard Entertainment have announced the ROG Phone 6 Diablo Immortal Edition, an exclusive limited edition version of the ROG Phone 6 gaming smartphone. With its unique Diablo-themed design and a set of themed accessories, the phone becomes indispensable for true fans of the Diablo universe.

Details of the ROG Phone 6 Diablo Immortal Edition refer to the battle mission of Diablo, with its terrifying menagerie of demons and monsters. The phone has a special finish with a flame effect, the brightness of the red flames varying as the viewing angle changes. The illuminated and custom Aura RGB logo is an outline image of the mobile game title, and the Diablo Immortal theme continues in the custom UI with exclusive themed live backgrounds, icon styles, animations, sound effects and more.

Fans will appreciate the unique themed accessories, which are based on the legendary items found in the game. These include the Aero Case Shield Blessing and a map of the Sanctuary, both of which have insignia marked with invisible ink that can be revealed with Fahir's Light. The package also includes the Immortality Ejector Pin SIM card modeled after the game's logo.

The design of the ROG Phone 6 Diablo Immortal Edition has been redesigned to evoke the nightmarish world of the Sanctuary, besieged by the demonic hordes of Diablo, the Lord of Terror.

The special finish of the ROG Phone 6 Diablo Immortal Edition features graphics reminiscent of the battle mission with its terrifying menagerie of demons and monsters.

The phone also offers fans a special user experience and customized interface with the exclusive Diablo Immortal animated theme pack. It includes a Diablo live wallpaper and a redesigned app icon frame, and when the phone is charging, an exclusive sound and animation with Diablo-themed elements are played.

RYANAIR has uploaded its summer 2023 timetable: over 2500 European routes!

The Brandenburg Gate will be the biggest football gate in the world at EURO 2024!