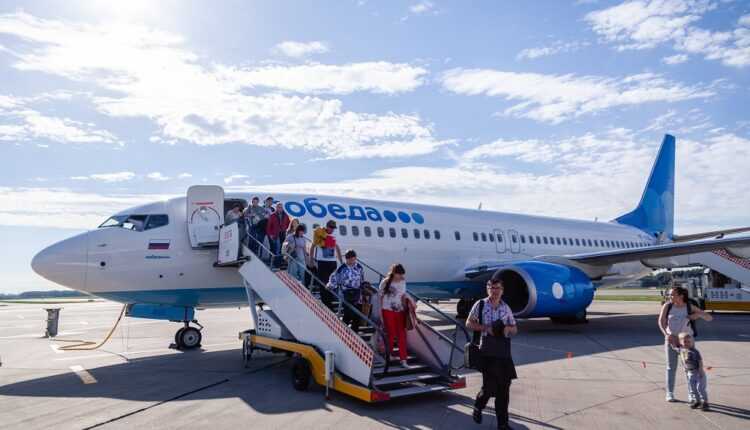 Russian company Pobeda Airlines has submitted plans to begin frequent operations at Moscow Sheremetyevo Airport (SVO). There will be nine domestic routes and three international routes that will be served from the busiest airport in Russia, starting with the summer season.

Pobeda Airlines is currently based at Moscow Vnukovo Airport (VKO), about 55 km away from SVO. Although Aeroflot has a dominant position at Moscow Sheremetyevo Airport (SVO), providing 90% of the weekly flights, the new routes announced by Pobeda Airlines from SVO are the first since the company was founded in 2014.

According to the data provided by OAG Schedules Analyzer, Makhachkala (MCX) and Perm (PEE) will be the initial destinations added to the SVO Pobeda route map, which will be operated twice a day and 2 times a day respectively. from May 3.

The Pobeda network will continue to grow.

Six routes will be added from June 1, including international flights. There will be one flight a day to Antalya (AYT) and 2 flights a day to Istanbul (IST), Turkey. There will also be two daily rotations to Riga (RIX) in Latvia.

Also starting with June 1, other domestic flights will be added: 1 daily flight to Sochi (AER), three daily flights to Ufa (UFA) and one flight a day to Ekaterinburg (SVX).

From July 1, two more domestic destinations will be added to the Pobeda network: one daily rotation to Barnaul (BAX) and three daily trips to Mineralnye Vody (MRV).

All flights will be performed with Boeing 737-800 aircraft, which have a capacity of 189 seats.

The analysis of the latest figures provided by OAG shows that the carrier intends to provide over 625.000 seats on flights operated from Sheremetyevo International Airport in the summer season.

Pobeda currently operates from Moscow Vnukovo Airport, eight of the 12 destinations it intends to serve on the SVO. The carrier operates flights to Antalya and Istanbul in Turkey, along with domestic routes to Sochi, Mineralnye Vody, Bolshoye Savino, Ekaterinburg and Ufa.

Pobeda Airlines is the largest operator at Moscow Vnukovo Airport, holding 60% of all operations. The Pobeda network currently covers 47 routes, of which 36 are to domestic destinations.

Ukraine will ban flights on its territory for 14 air carriers from Russia and Syria.

How do I get to the island of Crete? You can get to Crete by car, plane or bus!