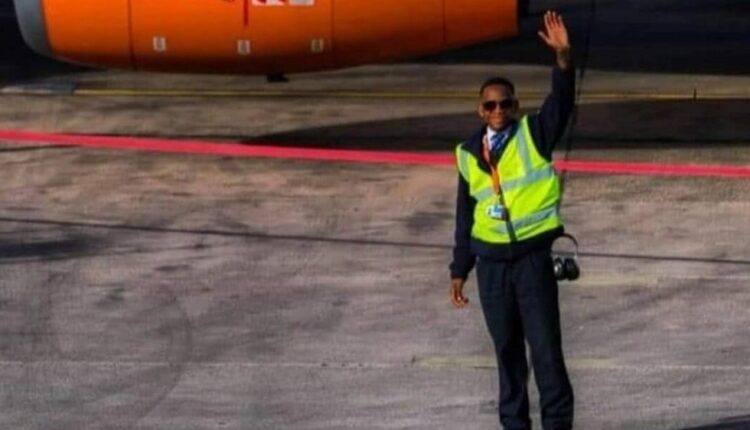 The story of the day: from flight dispatcher to worker at COVID-19 test center.

As a flight dispatcher, Rodney Kuimba worked in the aviation sector for more than 6 years, before the pandemic. He now helps out at a Covid testing center in the UK and says he can't hide his frustration at the job he lost. The crisis in the aviation industry has hit him so hard that he feels he has lost his identity.

Inspired by his parents, both involved in the aviation industry, Rodney began his career as a ramp agent in 2014. His first job in the industry went well and he received a promising offer to move to the Operations Department. as a flight dispatcher.

"I followed in the footsteps of my mother and father. Also, my nephew is the commander of a Boeing 737 aircraft, my brother is an aviation engineer, so I got involved in the industry. For five years I worked as a flight dispatcher at EasyJet. It was a pleasant experience, an airline that was very close to my heart. ”

During her aviation career, Rodney worked for several recognized air carriers, including Lufthansa (LHAB) (LHA), Thomas Cook, Virgin Atlantic and others. The flight dispatcher constantly strived to improve his skills, aiming to reach the highest levels of professionalism in the positions he held. Even before the first wave of the pandemic, Rodney was preparing for London Gatwick Airport in the United Kingdom.

"I was doing my training at London Gatwick in March last year, then came the Covid-19 pandemic. Unfortunately, four days before graduation, the course was suspended. From March to September 2020 I was fired, but I had the chance to return to work in September. However, due to a massive drop in demand, I lost my job again in October last year. "

Rodney says that after years of experience in the aviation industry, the break made him feel devastated. The flight dispatcher says that aviation was his passion that easily slipped through his fingers.

"What I miss is the diversity of the days. I miss working with different types of aircraft, for different airlines. I miss that feeling of interaction with everyone around the world. I really miss planes. Planes are everything to me. I've always told people around me that this is the industry I want to work in until I retire. At this point, I feel so helpless that I feel useless. I feel like everything has been taken away from me. I'm devastated. "

News of the new highly infectious virus did not initially worry him, as none of the airlines took precautions at the time. "The airport was operating normally, there were no masks or protocols to follow", he remembers. Soon things started to go in the wrong direction. "Unfortunately, while I was at Virgin Atlantic, they had daily meetings, and that's how I realized how serious the situation was."

When I lost my job in October, the company only told us that they would be fine, but that there could be layoffs.

"When I lost my job in October, the company only told us that they would be fine, but that there could be layoffs. But that was not enough. […] The company started using a skills matrix, which meant that the more competent you were, the safer the job was. Even though I had the experience, they still fired me. "

"Now I feel like I've lost my identity because this was an industry that my family served, that I served… I still have so much energy and so much knowledge and experience to offer, but I can't do anything right now. "

While some of his former colleagues managed to set up small businesses, Rodney decided to lend a helping hand to the local Covid testing unit. "Some people have become bakers, some have logistics companies, some of them have joined our national health service… These people were pilots or professionals in the aviation industry and they had to retrain."

Speaking about his career prospects, Rodney doubts the possibility of returning to the aviation sector, although he dreams about it. The flight dispatcher says he could try to look for work in the railway sector as well, as he sees a strong resemblance between the two industries.

"I do not know about trains. If you ask me anything about aircraft, I will answer all your questions. But with trains, I don't know as much. But I hope to enter the railway sector and give my best. This is my plan. […] In the United Kingdom, many people commute using trains. From Scotland to London, some people prefer to use the train. However, if I had to choose between the two industries, I would say that aviation comes first for me. ”

British Airways intends to resume flights with the Airbus A380.

The new Administrative Capital of Egypt, a city built away from the chaos of Cairo