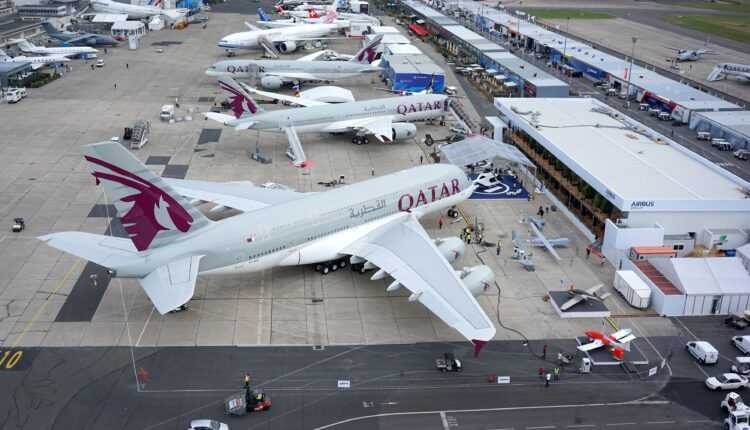 From the almost complete the first commercial flight operated on 1914 and up to 32 million flights a year currently registered, aviation has become an integral part of our daily lives. With over 3 billion passengers transported annually and over 50 million tons of freight transported annually, aviation is estimated to contribute 2.4 trillions of dollars to global GDP.

Airbus has analyzed the market and the estimates are very optimistic. Over the next 20 years (2015-2034), global passenger traffic will increase by an average of 4,6% per year, leading to a need for 32600 new aircraft with more than 100 seats (31800 passengers and 800 cargo aircraft). ), all valued at $ 4.9 trillion. It is estimated that in 2034 the global fleet will include over 38500 aircraft. Currently, the world fleet has about 19 aircraft. From the current fleet, estimates show that approximately 000 aircraft will be replaced with more efficient ones and lower fuel consumption.

In emerging markets, such as China, Africa, Latin America, India, the Middle East, totaling over 6 billion people, growth will be more pronounced, about 5.8% per year. While in countries with more developed economies such as those in Western Europe or North America, growth will be only 3.8% per year.

The tendency to travel by air is increasing. Currently, in emerging markets, 25% of the population has one flight per year, and this will increase sharply to 74% to 2034. In advanced economies, such as North America, the tendency to travel will exceed two trips per year.

Airbus estimates that the market will require 9600 of widebody aircraft on long, very long sectors, but also on a wider range of regional and national sectors. An example is Airbus A330-300 Regional, which will enter the market alongside Saudi Arabian Airlines. The number of large aircraft marketed in the next 20 years will represent 30% of the total increase, and as value will represent 55% of the amount, approximately 2.7 trillion dollars. Airbus will strive to gain the best possible share in this market with the A330, A350 and A380 models, some of the most modern aircraft with transport capabilities between 200 and 500 seats.

Nor should the single-aisle aircraft market be neglected. Airbus estimates 23 000 demand for new aircraft with a total value of 2.2 trillion dollars, representing 70% of total new units and 45% of all deliveries. In this market, Airbus is very good with the Airbus A320 family of aircraft and the new generation A320neo.

At the same time, Airbus also takes into account the problems in the market regarding airports, but also the environment. Many airports are saturated, and in such cases, increased passenger traffic can be supported by larger capacity aircraft and on limited slots, without changing operating frequencies. One case is London's Heathrow Airport, where increased passenger traffic is made without additional flights, but by the use of larger aircraft. Over the past 40 years, responsible development of the commercial aviation industry has reduced noise and fuel consumption by approximately 70% and this trend will continue with innovations such as A320neo, A330neo, A380 and A350 XWB.