The first Airbus A320neo "Made in China" was delivered to AirAsia 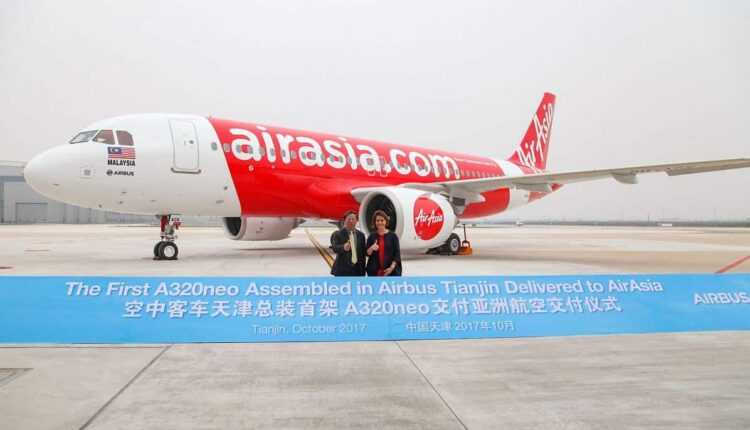 The first Airbus A320neo "Made in China" was delivered to AirAsia

On 25 October 2017, the first Airbus A320neo "Made in China" was delivered to AirAsia. It was assembled at Airbus Final Assembly Line Asia (FALA).

On October 25, Airbus wrote another tab in aviation history. Delivered the first A320neo aircraft assembled in Tianjin, China. It has arrived in the fleet of AirAsia operator. AirAsia has firm orders for 578 aircraft from the A320 family, including 404 aircraft for A320neo.

This Airbus A320neo is configured in a low-cost class with 186 seats. It is the 184 aircraft delivered by Airbus to AirAsia.

The Tianjin Airbus assembly line, which was inaugurated in 2008, was the 3 after Toulouse and Hamburg. It was also the first Airbus assembly line outside Europe. To date, approximately 340 aircraft have been assembled and delivered from Tianjin, China.

The A320neo family incorporates the latest technologies, including new generation engines and Sharklets, which together contribute to 15% lower fuel consumption. The new Airbus family of aircraft has tightened orders for 5200 aircraft, orders placed by 95 customers.