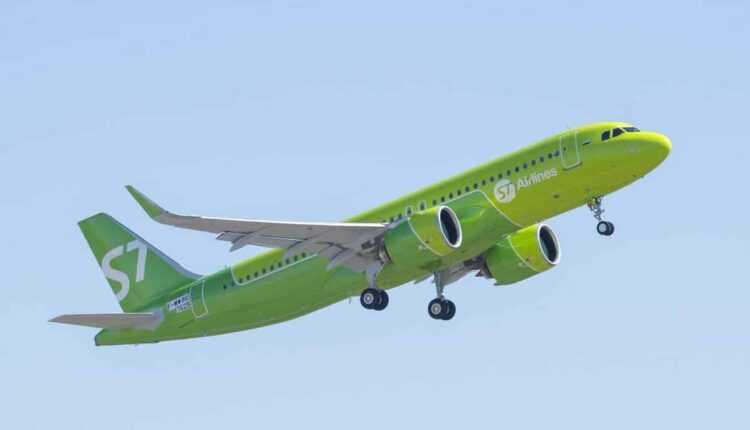 S7 Airlines, one of Russia's leading carriers, a member of Oneworld, has received its first A320neo aircraft, which is leased from BOC Aviation.

By Sorin Rusi On NO ONE. , NEVER
0 205
Share
Delayed plane? Flight canceled? >>Claim compensation now<< for delayed or canceled flight. You can be entitled to up to € 600.

On the occasion of the delivery of the first A320neo, S7 Airlines also presented the new livery. It is also the first NEO in Russia.

Powered by Pratt & Whitney engines, the S7 aircraft has a comfortable configuration in two travel classes, with 8 seats in business and 156 seats in economy.

S7 Airlines will operate the aircraft on domestic and international routes. From the first aircraft, which entered service in 2004, the all-Airbus fleet of the S7 airline has grown to 44 from units in the A320 family.

The A320neo family incorporates the latest technologies, including state-of-the-art engines and Sharklets, which together deliver fuel savings of over 15% at startup and up to 20% through 2020. With over 5.000 orders received from over 90 customers since its launch in 2010, the A320neo family enjoys a market share of approximately 60%.

An Airbus A320 Air Côte d'Ivoire was delivered from Toulouse