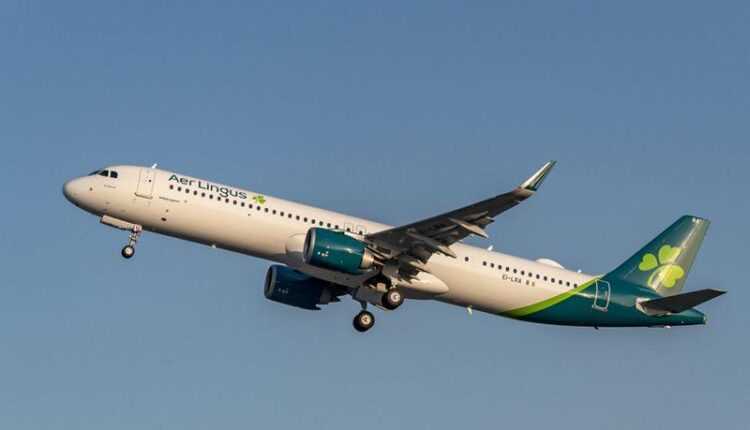 Irish national carrier Aer Lingus has acquired the first Airbus A321LR. Thus, Aer Lingus is the first airline in the International Airlines Group (IAG) with this type of aircraft.

The delivered aircraft is leased from the Air Lease Corporation and is part of an order of 8 A321LR aircraft, placed by the Irish carrier.

Airbus A321LR Aer Lingus (EI-LRA) is configured in 2 classes, with 16 seats in Business Class and 168 seats in Economy Class. The propulsion is provided by 2 CFM International LEAP-1A engines.

The aircraft will be introduced on flights departing from Dublin to destinations on the east coast of the United States.

Aer Lingus currently operates a fleet of 50 Airbus aircraft, including 13 x A330 and 37 x A320. The A321LR and A330 models, which are combined within the same fleet, are a powerful lever to meet the needs of transport markets on medium and long-haul flights.

A321LR is a member of the A320neo family. It has a flight range of up to 4.000 nm (7.400 km). Airbus A321LR can operate long-haul flights, contributing to the inauguration of new transcontinental and transatlantic routes.

20 of additional flights, operated by Air France, KLM and Delta, for CES 2020